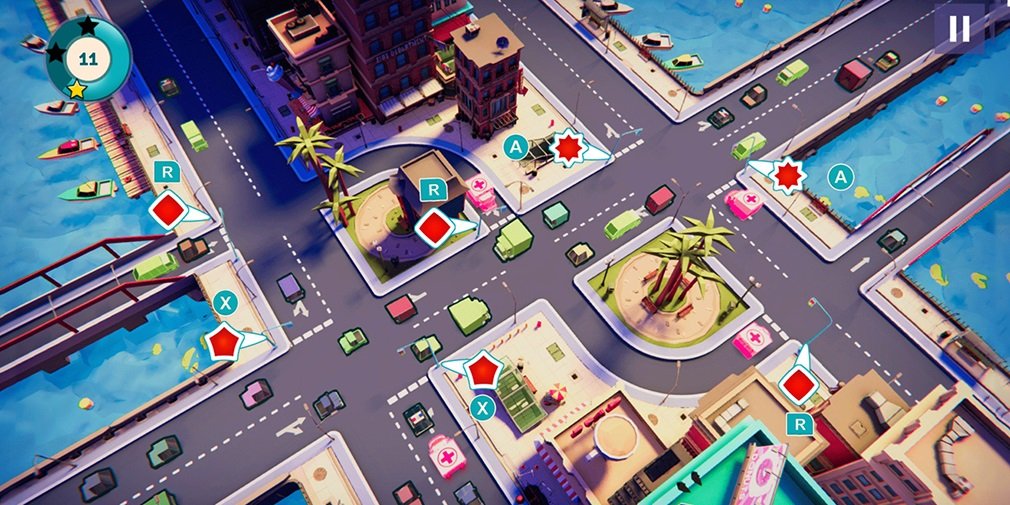 Go with the Urban Flow

[This week Destructoid is brought to you by Urban Flow, out now for Nintendo Switch. Here’s a word from our sponsor.]

Urban Flow is a new Switch exclusive with an unusual premise. The game gives you a bird’s-eye view of busy city streets filled with colourful vehicles great and small. These roads will quickly descend into chaotic pile-ups without your guiding hand. Your job is to control the traffic lights, restoring order to the urban sprawl at the flick of a switch. It’s easier said than done, however. You’ve got to manage multiple sets of lights as traffic streams towards roundabouts, motorways and junctions — whilst keeping an eye out for ambulances, trains, trams and even tanks.

In Urban Flow‘s campaign mode, each of the 100 levels plays out like a puzzle in which you must keep traffic moving safely and smoothly. Although it’s satisfying when you get everything running like clockwork, part of the game’s appeal is watching the aftermath of your failed attempts, when cute box cars, squat lorries and stout trucks tumble over each other like Lego bricks. The low-poly graphics, vibrant colours and varied environments lend the game a real visual charm and light-hearted touch.

Beyond the main campaign, there are other gameplay modes in which to play traffic god. Test your endurance in Endless mode, or take things easy with Chill mode — which removes the pressure of scoring and time limits for a more meditative experience. As well as single-player options, there’s a local co-op mode allowing up to four players to join the fun. With each of you taking charge of a different set of lights, it’s up to you whether you want to work in perfect harmony, or play the saboteur. You can play however you want, using the Switch’s Pro controllers, Joy-Cons or touch controls.

See if you can create order from chaos in Urban Flow, developed by Baltoro Games and out now on Nintendo Switch.