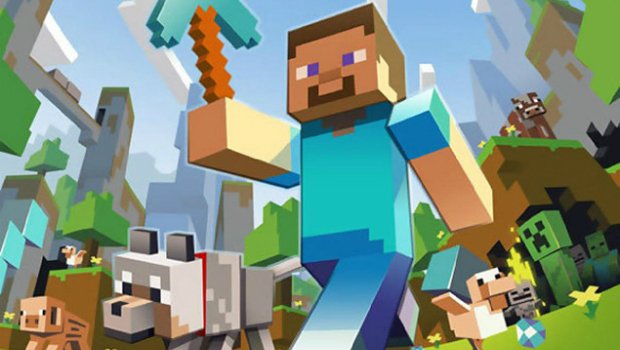 [Dtoid Community Blogger SephirothX thought Minecraft was so much better than DayZ he wrote an entire blog about it. CONTROVERSY! Want to see your own words appear on the front page? Go write something! –Mr Andy Dixon]

In case you haven’t been following along with PC gaming news lately, a zombie-survival mod for the game ARMA II named DayZ has been gaining popularity. Basically, DayZ is a zombie-survival game where your entire objective is to simply stay alive for as long as you can. Along the way you’ll have to repair injuries, drink, eat, find weapons, avoid hordes of angry zombies, and survive encounters with other people to boot. The concept is being praised as great, and to be honest, it is a great concept. However, there is another game out there that has this same concept (and more), and this other game simply does it better than DayZ.

That game is Minecraft, and I’m going to tell you exactly why it blows DayZ out of the water in every way.

If you play, let’s say, five hours of DayZ, I’m willing to bet that you’ll spend about two of those five hours stuck in a loading screen. In some of my experiences with DayZ the load times have been pathetically long, like Duke Nukem Forever-seems-fast kind of long. Hell, sometimes even connecting to a server takes unnecessarily long – this can become doubly frustrating when, after your stupidly long load time, you suddenly get a message saying you can’t connect to the server.

Meanwhile, the longest load time you’ll ever have in Minecraft is the time it takes for Minecraft to actually load to the main menu or maybe the first time loading The Nether/The End (for the record I’m talking about Minecraft on PC, I haven’t touched the 360 version). Considering everything that goes into Minecraft, the almost non-existent load times are remarkable, even if the game is graphically low-end.

Survival in DayZ seems primarily luck-driven to me. So much hinges on you being at the right place at the right time in order to find a weapon or tool that will prove key to your survival. Minecraft, on the other hand, gives a giant middle finger to this philosophy by saying that if you want to survive you go out into the woods and punch a tree down with your bare hands in order to make a wooden sword. Surviving in Minecraft is all about a player being able to gather and utilize all of the natural resources around him. And once the basic essentials for survival have been achieved, it’s up to the player to begin his or her quest to gather progressively better tools for furthering their own survival to the point where they are no longer afraid of the dangers lurking in the world.

Videogames by their very nature are wastes of time. However, we all hate it when a videogame makes us waste our time more than we should. It’s this kind of meta-wasting that Minecraft tends to avoid, yet DayZ doesn’t. The primary thing I’m talking about is what happens in both games when a zombie/monster sees you and decides it’s supper time. In Minecraft, you probably have a means of dealing with this problem quickly (because, remember, you are Tree-Puncher The Unrelenting), but there are times where you’ll have to flee. When this time comes, you quickly run the direction opposite the danger until your foe has given up on you.

The zombies in Minecraft have enough decency to, after a short bit, go “fuck this shit” and let you go back to what you were originally doing. Meanwhile, DayZ’s zombies politely say “fuck you and your desire to do things other than run” after they spot you, and chase after you for unnecessarily long amount of times. I know the whole point is to not be spotted in the first place, but considering how wildly inconsistent the zombies are at detecting you and the fact that you eventually need to creep into zombie infested areas, alerting zombies is an inevitability. Thus, once you reach the crux of one of the key aspects of the game you begin a process known as “running until you’re so bored you openly sacrifice yourself to the zombie just for the sake of doing something else”.

This happens because the zombies in DayZ are simply too determined to kill you, are roughly the same speed as a human player, and the distance you need to get from them in order to cause them to break off pursuit is ludicrously huge. If you’re unarmed you’ll spend a lengthy amount of time simply running in a direction hoping the zombie breaks off pursuit (I once had one chasing me for 45 minutes solid), which ends up being a pathetically long waste of time. When faced with this situation, you’re left with three options: one, if you’re unarmed you run like hell or until you somehow trick the AI; two, if you have a handgun you shoot the zombie (which risks alerting further zombies, thus starting the whole circle jerk over); or three, dying, which sends you into another stupid time-drain of waiting for loading and creeping around looking for bare survival tools.

Remember how I said DayZ seemed primarily focused on pure luck? You know how much fun it is to find a hatchet or handgun and feel like you’re suddenly so much closer to surviving this whole ordeal, only to get a high-caliber bullet politely inserted into the back of your dome from some guy three hundred yards away you never knew existed? Not much fun at all, because then you have to start over with nothing and probably wait through another one of those stupidly long loading sequences.

Minecraft also allows for potentially catastrophic death via another player, however this is done in a more barbaric and frankly braver fashion. Minecraft doesn’t have much in the way of long range weaponry aside from a bow & arrow or maybe some kind of custom made TNT cannon, so most player versus player confrontations are done mano-a-mano with swords in hand. Think of it as the Medieval Times scene from The Cable Guy, except with block people.

Minecraft can actually be scary

You do eventually adapt to it (and by that, I mean phase it out of your mind), but remember that first time you played Minecraft as you sat in your dirt hut that first night waiting for the sun to rise again? Did you actually sit there and listen to all of the shit that was happening around you? If you did, you probably curled up into a ball in your little barely-lit hut and prayed you’d live long enough to see the sun again. Because those first few nights in Minecraft are nothing short of horrifying. It’s amplified by the fact that you most likely only have one or two single-block holes in your makeshift home to let you know when the sun is back up, meaning you can’t actually see the horrors that are happening around you but you still know they’re happening. It’s almost as bad as the motion tracker in Aliens, with its pulsing beep letting you know the aliens are there.

The only thing arguably scarier than the experience I just described above is actually being caught outside in the dark. The moon casts just enough light to let you be able to see your surroundings and let you know shit is out here and it wants to murder you. That’s when you actually see some of the terrors that lurk in the night; zombies that want your flesh, walking skeletons that channel their inner Legolas from Lord of the Rings, or tall skinny black Endermen with piercing purple eyes that will completely lose their shit and teleport great distances towards you if you so dare as look at them. The terrors of the Minecraft night are accompanied by the terrors of the day: man-sized spiders that will cross over anything in order to catch you, and the foreboding hiss of the now famous Creeper. And then you find your first cave and find out that all of those horrors you avoid in the night are in there waiting for you, because all of those horrible things spawn any place where it’s dark.

DayZ’s zombies, meanwhile, are probably the least scary form of undead since Plants Vs. Zombies.

Controls for people who like things that don’t suck

The almost universal complaint I hear about DayZ is “why did they have to build this on Arma 2’s structure?”. There isn’t much I have to talk about here; DayZs’ controls suck, while Minecraft was designed by people who understand how controls work.

This is where Minecraft cements its place above DayZ for me. After a while in DayZ you reach a point where you’re decently self-sufficient and stay alive as long as you don’t do something stupid. Minecraft has another similar stage where you’re able to survive so long as nothing stupid occurs. When this point is reached in both games shit gets pretty boring to be honest, but Minecraft has a solution for this and it’s called a Nether Portal. What’s a Nether Portal, you ask? Well, a Nether Portal is a 4 block wide by 5 block tall obsidian portal straight to Hell. And I’m not using “hell” in any figurative form of speech here; The Nether is literally Minecraft’s equivalent to Hell.

Does DayZ have an option that says “Fuck you guys, I’m going to take the fight to Hell itself”? I don’t friggin’ think so. In The Nether, everything is dark (assuming you aren’t near lava), scary, and hates everything about you. Oh and you can’t set up a bed in The Nether and have it act as a spawn point for you either, because if you try it will burst into flames. This means that death in The Nether means you have to go all the way back into the real world, find your Nether Portal again, and go all the way back through hell to find where your stuff dropped.

In a lot of ways The Nether in Minecraft is a lot like a dungeon in Dark Souls. Everything will royally screw you up if you give it a chance, everything is dark and you may have a hard time seeing certain things coming, against some foes you’ll have to employ a few potentially-viewed-as-cowardly tactics, and if you die you have to start all over. Does DayZ have a “Dark Souls Mode”? Sure as hell not.

Clearly, Minecraft is the superior zombie-survival (plus more) game available on the market. Anyone who says otherwise can go straight to The Nether.