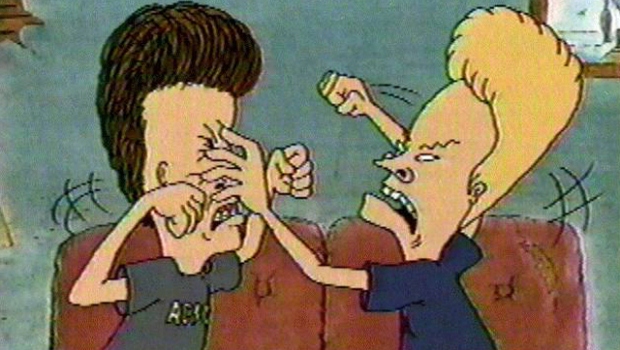 [Dtoid Community Blogger Altum Videtur just wants everyone to get along. Is that so much to ask? Want to see your own words appear on the front page? Get writing! –Mr Andy Dixon]

For all our insistence that video games do not, in fact, replace our brains with that of a sociopathic mass-murderer whose eyeballs and scrotum have just been injected with powdered rage extracted from a raging bull, you’d think we’d do a better job of not attacking everything in sight.

Perhaps I’ve just been addled by overexposure to the yellow, sensationalistic haze of the modern gaming press everything, but it really is starting to seem like people are trying to turn every single thing in the industry into a fight. The notion hit me when I heard the rumor about the PlayStation 4 (or Orbis if you really want to call it that) and its rumored used-games-combating functionality; if it isn’t totally and completely false, it’d be a crippling blow in the battle against used games, legitimizing the “Online Pass” system on a console-wide scale.

Like the Publishers vs. Piracy. Or EA vs. Activision. Or Japanese vs. Western developers. Or Handhelds vs. Smartphones. EA (again) did their damndest to kick up Battlefield vs. Call of Duty, Dark Souls somehow ended up against Skyrim, Dragon Age 2 was dragged into a scuffle with The Witcher 2, EA (again again) pulled its games off of Steam to boost sales on Origin, and I hardly even need to mention Consoles vs. PCs, or the inter-console wars themselves.

There are two things revolving around the issue. One is the age-old my-X-can-beat-up-your-Y (nuh-uh!) phenomenon, as illustrated with the four RPGs up there. This one pops up around just about everything in existence; consequently, reasons why it’d be better if we just didn’t get so mad when people like things we don’t like — gasp, hyperventilation, mopping up tears with a tissue — have been hammered on for a couple of millennia already, so I’ll leave it at that. 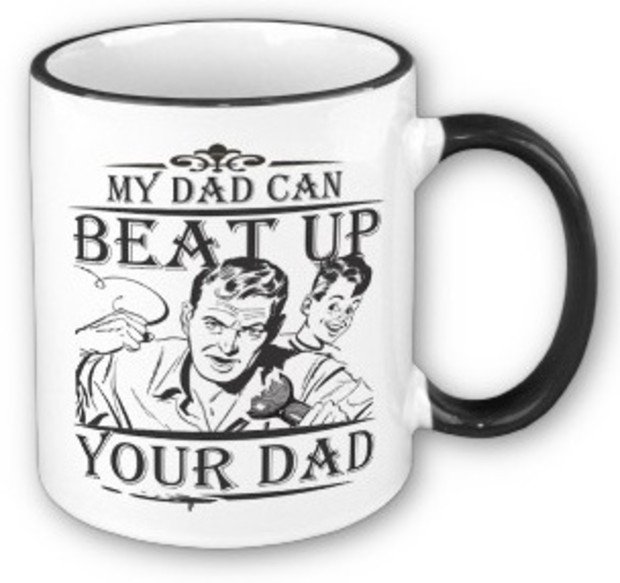 More concerning is this mentality that the success of one element in the video game industry must serve as a counterweight to the failure of another. The purposefully-engineered Battlefield vs. Call of Duty shit-hurricane is probably the clearest and most recent example, with the former’s insistence on beating the latter arguably taking focus off of its own strengths and working to its detriment. Heaven forbid somebody actually purchases and enjoys both games, right?

Competition is one thing. The drive to out-do (and, of course, out-sell) the other guy is and has always been instrumental to the medium’s advancement. One side rolls out Super Macho Man on the metaphorical tug-of-war rope and the other counters with an even beefier hunk, creating a continuous cycle of improvement that does nothing but benefit the swooning girls watching from the sidelines (or, in this case, the gaming population).

But when the whole thing turns into an abstract manifestation of a Highlander movie, and the focus shifts from out-doing the opposition to eliminating them, things get ugly, and gamers suffer. Steam and Origin serve as an excellent example. The former is a well-established, well-respected service run by a well-established, well-respected company. One can purchase any game from its massive library and re-download it as many times as they wish on as many computers as they wish, utilizing cloud saving functionality to preserve their progress. Games automatically install and update themselves, allowing a player to jump right into whatever they own as soon as it’s downloaded, taking advantage of an integrated friends-list and community hub — no matter what they’re playing. The out-do mindset would then try and find things Steam doesn’t do, and tout those as advantages. Good Old Games offers its games completely sans-DRM, and GameFly lets you gain unlimited free access to some older titles with its subscription, for example.

Instead, EA — which offers Valve games on Origin, incidentally — takes the much quicker and dirtier option of simply pulling all of its titles off the service, putting a bullet in Super Macho Man’s head, declaring itself the winner, and wondering why nobody’s clapping. Unlike many of the console rivalries — Sonic couldn’t exist on the NES, Metal Gear Solid couldn’t be done on the Nintendo 64, etc. — it’s an arbitrary lock-out, circumventing the usual need to improve on a competitor and reducing the options available to gamers under some misguided notion that there can be only one. 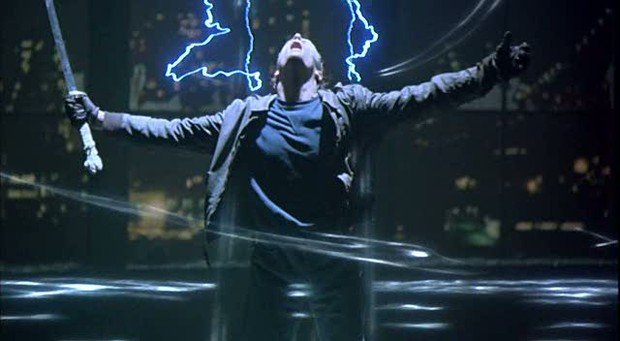 So that I’m not ragging on EA exclusively (no seriously, I’m trying not to), let’s go back to this rumor that Sony’s next console will lock out used games. Once again, look at it from a competitive standpoint: retailers such as GameStop allow gamers to trade in titles they no longer care about to get new ones, a process that is much cheaper than purchasing every new game for $60 a pop. How do we stop this, then? Offer games for download on the console for cheaper prices? Support games post-launch with a constant stream of new, quality content?

Nope. We’ll just lock used-buyers out of the content on the disc.

Again, it’s the idea of destroying rather than outdoing the perceived antagonist at work. I’m reminded of how old European empires used to think (actual history buffs, feel free to correct me if I’m wrong here): there’s a finite amount of riches and wealth in the world, so we better get it all! The notion that the prosperity and success of somebody other than themselves could actually be a good thing was completely foreign, much as it seems to be in the modern gaming industry.

Of course, I only need to look at the recent Kickstarter success stories of Double Fine and Wasteland 2, the What Would Molydeux? Game Jam that wrapped up this past weekend, or any such thing to see all the awesome that happens when people treat video games as a collaborative effort and cause for celebration, instead of a Running Man-like deathmatch for last muddy modern military man-shooter standing.

With any luck, it’ll be that frame of mind that survives. Offering a “competitive advantage” in and of itself, rendering the increasingly vapid and circular dogfights illustrated above worthless and irrelevant as gamers flock to that which brings them the excitement, joy, and fulfillment they value so dearly, where each game is not ostracized and ridiculed for its differences, but…

Oh god, now I’m turning this into a diversity presentation.