[For his Bloggers Wanted essay response, Destructoid community blogger Revuhlooshun goes to bat for violent games, then uses that bat to smash a bunch of shit. Want to see your own words appear on the front page? Go write something! –Mr Andy Dixon]

There’s been much ado over the prominent role that violence has in our media, especially in this hobby of ours. Criticisms range between the benign — that there is an overwhelming focus on violence in our industry that hampers our creative potential, that we should try to look for other methods of interactivity beyond the end of a gun barrel — to the accusatory — that prolonged exposure to violent images, even if they’re digital recreations, must have some kind of adverse effect on the human brain. I can see merit in both of these arguments, and I’ve occasionally lent my support to the latter. However, the use of violence as a narrative tool is, in and of itself, both harmless and to be expected, and it isn’t something that we should be ashamed of enjoying.

What is it about violence that makes it so attractive to so many writers and viewers? For one thing, violence is something that many of us can’t engage in without legal ramifications. Just as most of us will never play on an NFL field or drive a Lamborghini Gallardo, violence, be it brutal or mild, is an activity out of the reach of the everyday man, and I imagine it’s an activity that most people dream of partaking in at least once in their lifetime — sometimes you just want to strangle a mother fucker! Taking that into consideration, it only stands to reason that we’d end up with so many people interested in fictional depictions of violence, given that it’s a fairly common and widespread activity that’s only reserved to those whose government deems fit to participate in it. People enjoy watching and engaging in experiences that they can’t normally partake in, especially when those experiences don’t carry with them the grave and horrifying consequences of their real-life counterparts — violent media fits this description perfectly.

There’s also a narrative explanation for the prevalence of violence in our media. An easy way to ratchet up tension in a story is to focus it around some sort of exaggerated and highly improbable scenario where the stakes are so high that the average spectator can’t help but be pulled in by it. Why do so many stories revolve around saving the world in some way? Well, what’s a more exciting and perilous task than saving the world?! The same logic applies to violence. Violence is the embodiment of conflict, its highest manifestation, and it is wrought with the tension and turmoil that so many people crave in a story, thus making it an attractive narrative tool. There are many non-violent ways of creating conflict in a story, but violence is quick, simple, and easy. It shouldn’t be a surprise then that so many writers fall back on violence as a means of creating conflict, nor should it necessarily be something to be ashamed of doing. Some of the greatest stories ever told in the history of Man thrive on the use of violence, be it Star Wars or The Iliad. 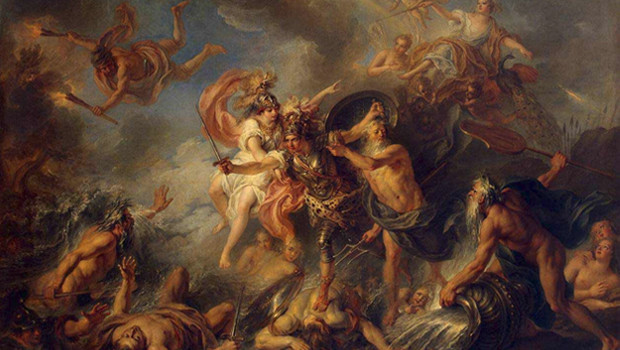 I will say that an overexposure to violent imagery can have adverse effects on the human mind (as I’ve outlined in an earlier piece), but an overexposure to many things can have adverse effects on the human mind. Watching too much pornography can desensitize our sexual responses, just as playing too many violent games can numb our minds to the idea of violence, to violence in the abstract. The significance and gravity of something can only be lost in repeated recreations, as what was once unique and extraordinary eventually becomes mundane and ordinary through constant exposure. In addition, if you have an individual — especially a child — who is only exposed to violence and aggression as a means of entertainment with nothing else to balance those images, then it’s only to be expected that their perspective of the world will become as skewed as their library of available entertainment. However, any overexposure to either violence or pornography rests on the shoulders of the consumer. If I were to drink a couple of gallons of water in only a matter of minutes and then fall ill to water poisoning, I wouldn’t then accuse water of being dangerous to my health — consuming vast quantities of water in a short amount of time is what’s dangerous to my health, not water in and of itself.

Some critics also suggest that constant exposure to violent imagery creates violent and demented people, but this criticism doesn’t hold much weight. What the proponents of this argument seem to gloss over is the fact that these violent games, movies, and television shows are seen by many other cultures around the world that don’t suffer the problems that these critics prescribe to viewing violent material on a regular basis. There’s reason to believe that regularly exposing people with mental illnesses to violent imagery can incite violent reactions and inclinations within them, but even that effect is not on the shoulders of fictional violence — a lot of things can negatively impact people with a skewed idea of the world and how it works, and I say that as someone who spent a lot of years struggling with such an affliction. But even if someone who is mentally ill plays a lot of violent games and then carries out some sort of massacre, isn’t the mental illness more at fault here, given that millions of people across the world never commit any sort of atrocity after playing these same games? 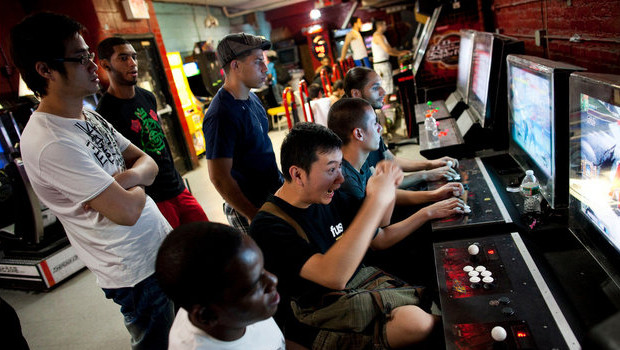 Now having said all of this, I do agree that we are in dire need of entertainment that isn’t centered on violence — not because violence is perverse or degenerate, but only for variety’s sake. AAA publishers looking for the next billion-dollar blockbuster will willingly suffocate any and all creativity and originality in the pursuit of profit, which in our day and age results in an abundance of violence that threatens to crowd out more unique and clever IPs. We should be mindful of this trend and make sure to reward publishers and developers when they take risks and put out products that stray from the tried and true blood-soaked formula. This effort needn’t be binary, however; one should be able to enjoy well made games that are violent while also enjoying well made games that are non-violent. We simply need to make sure that we as consumers retain as many options and alternatives as we can in the marketplace, that we’re able to enjoy a wide array of games outside the spectrum of military shooters and gore-filled horror thrillers. It’s best to keep all things in moderation, after all — even water!