[Dtoid Community Blogger RenegadePanda shares his strange fascination with the absolute worst videogames ever made. Want to see your own words appear on the front page? Go write something! –Mr Andy Dixon]

Many months ago, I came to a realization about myself. I started looking at the games I played, noted which I enjoyed, determined why, and found that my entire gaming collection is pretty much divided into four parts. Of the first three, you will no doubt notice at least one in your own collection: AAA titles, B titles, and niche Japanese fare. But the fourth is something I’ve never really understood my attraction to, something that makes me constantly question just how the hell my brain works… 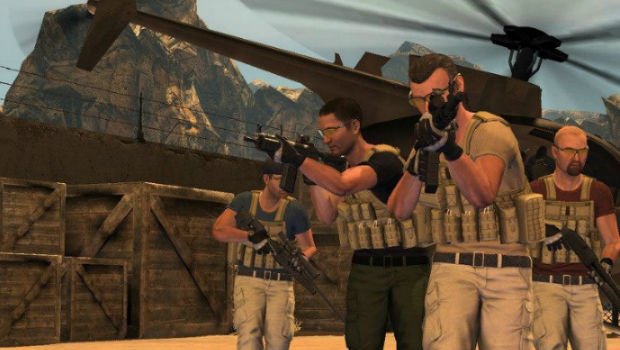 I don’t exactly know when this started, but it’s definitely been most prevalent during the current generation, and it’s become a part of me. I’m that guy who walks into a store, picks up a copy of a universally panned game, and pays far too much for it. All the while getting a confused look from the cashier as he or she finally hands me the game and says, in a serious tone, “You know this game is awful, right?”

I then leave the store with an odd sense of misplaced pride in my purchase. And yet, I still don’t know why. I just spent $20 on a used copy of Blackwater, a game that was widely accepted as one of the absolute worst shooting games of this generation. Shouldn’t I feel ashamed? Stupid? Why am I so excited to go home and play this game, which I’m fully aware is a steaming pile of crap?

Because I’m going to love every second of it.

In fact, I chose Blackwater because it’s the most recent example of this phenomenon. I’ve played it quite a bit, and I even cleared out my Kinect space just to play it. I’ve kicked in dozens of doors, capped hundreds of poorly textured terrorists in a country painted exclusively in brown and darker brown and chock full of dialogue from people who redefine the word “monotone”. I’ve beaten the game multiple times, and legitimately enjoyed the experience every time, despite knowing that the experience I’m enjoying is painfully bad.

So what draws me to this? That’s what I’ve never been able to figure out. What strand of my DNA causes me to absolutely love Onechanbara to the point where I have beaten it four times now to the tune of 500+ Gamerscore? What sane person would legitimately name this game their second favorite Xbox 360 game? Even as the person typing this, I know how insanely stupid that sounds. It’s to the point where you probably think I’m making this up just to be dramatic.

Even beyond that, some of the games I’ve enjoyed most this generation have been critically panned by both critics and gamers alike. Bullet Witch? I bought that at full price the day it came out. Otomedius Excellent? I bought two (count ’em) copies of the Special Edition. Duke Nukem Forever? I own two copies of that, too. Blades of Time? You better believe I ran out and bought that the day I read about it here on Destructoid.

In fact, it’s become an addiction of sorts. I actively seek out and purchase the kinds of games that other people are actively seeking to get rid of. My brain is wired for it. When I see a mediocre game sitting on a shelf, usually at a discounted price, I almost have to buy it. When someone traded in a sealed copy of Crash Time: Autobahn Pursuit at my old Play N Trade, I immediately jumped and said “I’m buying that.” I didn’t even hesitate.

Think about that. This game looked so awful that the previous owner didn’t even bother to unwrap it.

And I played it. I played four hours of it, and it was beyond mediocre. Hammy British voice acting, wonky car physics, completely asinine (and sometimes impossible) missions, and glitches galore. But it’s still sitting on my shelf, right next to my copy of Nier. And that four hours was, from start to finish, filled with a completely strange sense of satisfaction, knowing that if anyone ever looked at my achievements, or my gaming shelf, they’d have no idea what the hell that game actually was.

Even as I sit here typing this, I know the only thing holding me back from buying Bomberman Act: Zero (with its completely misplaced colon) is that the GameStop near me doesn’t have the original case and book for it. That’s right, I can’t buy it incomplete. I treat it like it’s a copy of Radiant Silvergun or Earthbound, because in my mind, this thing has value — even though it’s completely worthless and would struggle to sell for a dollar on eBay.

Raise your hands; how many of you actually went out and searched specifically for a copy of Target Terror on the Wii? I did. And I found one, and I played it, even though the IR aiming is atrocious and the game is practically unplayable because of lag. I paid $15 for a game that would have sold poorly as a $5 downloadable title. And all because I get some kind of sick, perverted enjoyment out of how bad the game truly is.

And how many people in their right mind bought a Sharpshooter and Navigator controller with the sole intent of playing Heavy Fire: Afghanistan? How many people spent three hours trying to unlock one glitched achievement in Eat Lead: The Return of Matt Hazard just to say, “Yeah, I 1000’d that game.” Or got excited when Jane’s Advanced Strike Fighters dropped to $20?

So now, as I sit staring at my imported copy of Gal*Gun, I still don’t understand why I’m so in love with these games. I look back at all the money I’ve spent on them that could have gone torwards anything else and think, am I weird? Am I just blind? Has some kind of genetic defect caused me to enjoy something I technically am not enjoying?

I suppose I may never understand why, but I embrace my condition with pride. So the next time you see a guy buying Secret Service, tap him on the shoulder and make sure, with a smile on your face, that you tell him, “You know that game is awful, right?”