[Dtoid Community Blogger Aurain discusses Sega’s treatment of Valkyria Chronicles in light of their recent delay in the Western release of Platinum Games’ Anarchy Reigns. Want to see your own words appear on the front page? Get writing! –Beccy Caine]

In the autumn of 2008, Sega released Valkyria Chronicles on the PlayStation 3 to practically zero fanfare, little to no advertising, and on the cusp of the dreaded November release period. Valkyria Chronicles was destined for mediocrity, to be overshadowed by games of greater budget and renown, but it didn’t fail. It succeeded against all odds and has since become perhaps the sleeper hit of the generation, well-loved by those who played it and a permanent fixture on PlayStation 3 must have exclusive lists, alongside the likes of Uncharted and Demon’s Souls.

Valkyria Chronicles is a tactical role playing game, and a very Japanese one at that. There are few tactical RPG games that have ever achieved critical success in the West, the genre usually more slow-paced, the gameplay deliberate and strategic. It would have been out of place in 2005 and infinitely more so in 2008. Pair that with the stereotypical depiction of an anime girl gracing the front cover and a faux World War II setting at a time where the market had long reached over-saturation, and Valkyria Chronicles was doomed to failure.

Many feel the seventh generation of gaming consoles has become stagnant. It’s a generation where Call of Duty annually competes with EA’s Battlefield series for the domination of the casual gamer market. EA are doubling up on their modern warfare first-person shooters by releasing Medal of Honor: Warfighter, a game developed on the Frostbyte 2 engine with an aim of realistic graphics alongside Battlefield 3: Premium, a game developed on the Frostbite 2 engine with an aim of realistic graphics, to compete with Activision’s Call of Duty: Black Ops II. Perhaps we can attribute Valkyria Chronicles‘ success to the fact it did things differently. 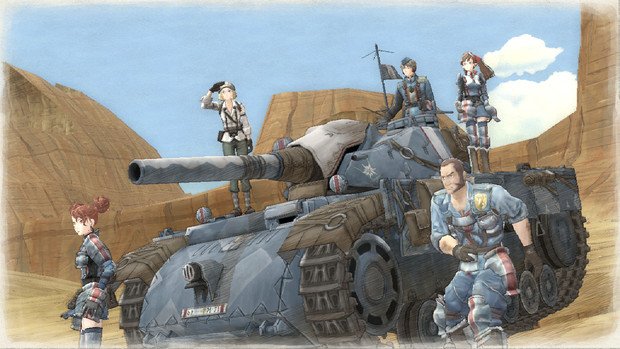 The term ‘brown and bloom’ has become infamous in the gaming community as a term of derision for games that attempt to look ‘next gen’, or hyperrealistic, by placing the player in a brown environment with bloom effects to give a more realistic look to the game, but often failing and looking quite unattractive. Valkyria Chronicles, however, took it the other way and combined both an anime art style with that of a living water colour, creating a magnificent and majestic art style that will stand the test of time and also provides a fantastic framing device for the somewhat standard yet charming story.

But art style alone can’t make a game enjoyable or successful, and though the sparse press coverage didn’t focus on it, Valkyria Chronicles also stood apart from its contemporaries by being rather unique in its gameplay in addition to its visuals. Using a system dubbed BLiTZ (Battle of Live Tactical Zones), players were expected to take control of their units in third-person, aim using an over-the-shoulder camera angle and position themselves in advantageous positions to take advantage of suppression fire. Combat took place in both turn-based and real-time situations. Players choose a unit to take control of in command mode and then switch to real-time to play from there. Tactical play is encouraged as players are vulnerable to intercepting fire from their enemy during the active play phase, with time freezing momentarily to allow accurate aiming. A mix of difficulties and a plethora of side quests and skirmishes provided a dearth of gameplay for players to come back to.

Critical reception for Valkyria Chronicles was overwhelmingly positive, and sales grew slowly but consistently. A large fandom grew for the game and demand for DLC appeared, which eventually appeared in the form of a more difficult mode for skirmish, and side stories for cult favourite ally Edy and antagonist Selvaria. Before long, a manga adaptation was commissioned and released in Japan and translated into English by fans. The manga was followed by an anime, which expanded on some parts of the show (skimping in others as adaptations often do), and it looked as though a star was rising. The inevitable sequel was announced and the fandom rejoiced. So what went wrong? 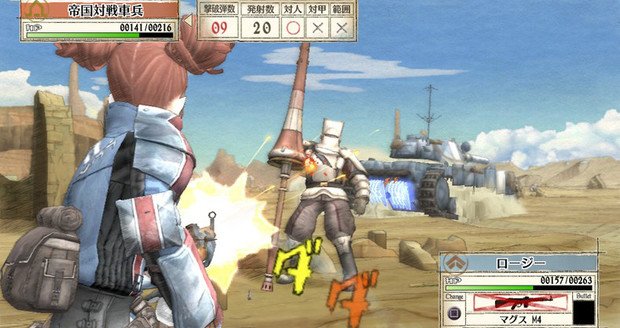 Sega went wrong. In an utterly befuddling decision, Valkyria Chronicles II was announced for the PlayStation Portable. The one universal praise Valkyria Chronicles received was for its beautiful art style, and this was the number one thing a PSP sequel would hamper, not to mention the size of the potential player base.

In some ways, the move from PlayStation 3 to PlayStation Portable made sense. The handheld is still insanely popular in Japan, consistently outselling its successor, the PlayStation Vita, on a weekly basis. The game would have a massive player base over in Japan for this reason, but they surely never accounted for the western market when they decided to develop the sequel for PSP.

One may be lead to believe that perhaps a lack of confidence in their own franchise lead them to scale back their development, but without insider knowledge of Sega’s decision to choose the PSP as their platform, it can only be considered a poor decision. Valkyria Chronicles had done what it had needed to do: It had made a profit on its development costs, it had reviewed well, it had a strong fandom and a fantastic reputation. The sheer inability to play the game due to the commercial failure of the PlayStation Portable disappointed many. Valkyria Chronicles II was doomed to failure. And it failed. 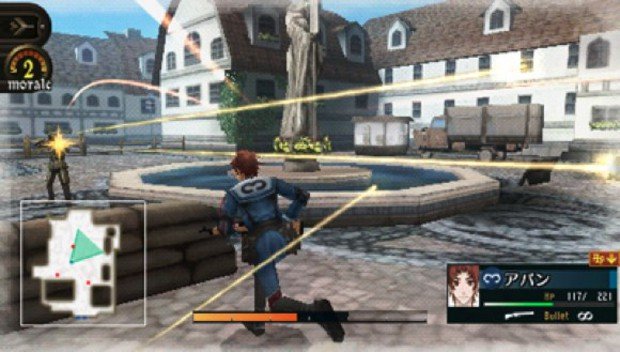 Valkyria Chronicles II was a good game. It played just like the first game, albeit on much smaller maps with more simplistic layouts, but it had evolved on top of that, including more class types for players to choose from and allowing deeper gameplay and strategy. To fit the medium, the missions were made into shorter, bite-sized versions to allow you to pick up and play. It even included multiplayer so you could play with friends locally or via AdHoc Party. But the setting disappointed many: a military academy with students who were sickeningly plucky. While the first game had the charm to back it up, the second didn’t. The game did an admirable job of maintaining its predecessor’s visual style, but to what avail? Few in the west had access to a PlayStation Portable. Where Valkyria Chronicles started small and grew bigger than it really should have been, Valkyria Chronicles II started with large expectations only to taper off rapidly and sell poorly.

Around two months after the western release, teasers started appearing in Japanese gaming magazines in the inimitable style of Valkyria Chronicles. Early reports indicated that the potential sequel would return to the setting of the first game and would tell a new story during the faux World War II Europe. Hopes were raised and fans waited with bated breath. Before long, the announcement was revealed and Valkyria Chronicles III: Unrecorded Chronicles was announced… for PlayStation Portable.

Fans despaired. While they were satisfied with the gameplay of Valkyria Chronicles II, it was blatant the game was inferior to the first game and the decision to make another handheld game as opposed to a console game the fans yearned for was a mysterious one. The few people who managed to play Valkyria Chronicles II waited for confirmation that the third in the series would be localised into English. The announcement never came, citing the dwindling popularity of the PSP in the west, and the poor sales of the second game as the reasons why. Eventually, a version of Valkyria Chronicles III with bonus content was announced and released in Japan, though that was never localised either.

The question must be asked as to what Sega were expecting. How can you expect a high number of sales for a game where very few people actively use the platform it’s being released on? It’s analogous to releasing a GameCube game in 2012; the PSP never truly had a sizable userbase in the West, and certainly not in 2010. 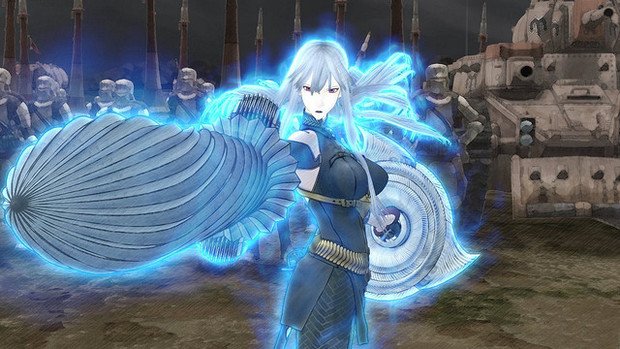 Fast forward to June 19, 2012. Sega have delayed Platinum Games’ Anarchy Reigns for reasons unbeknownst to Platinum Games. The game will now release in Q1 2013, and not July as was previously thought. Atsushi Inaba, a developer for Platinum Games, has stated that the versions of Anarchy Reigns destined for English speaking countries are 100% complete in every way and will have a 1:1 content parity with the Japanese version, Max Anarchy, which is scheduled for release in the first week of July. In addition to this, Sega announced the development of a new title by the name of Valkyria Chronicles Duel, which will be a browser-based card game and not the long-awaited console sequel.

I have no idea what Sega are doing, but they’re certainly not pleasing their fans.