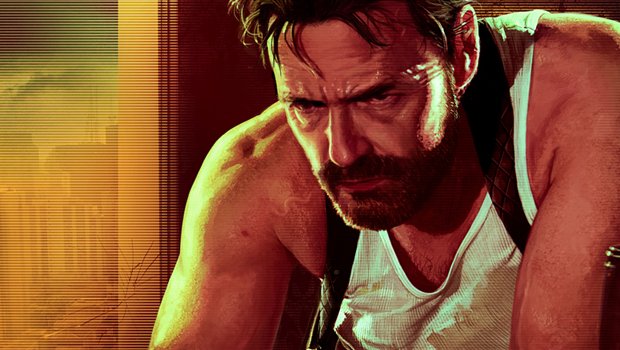 “All I ever did in life was sit in my room, alone, downing entire bottles of liquor on my own, for no other reason than because I didn’t want to deal with my life.”

[In what may be the most personal c-blog I’ve ever read, vApathyv talks about how playing Max Payne 3 helped him realize he had a problem with alcohol abuse. Want to get featured on the front page? Get writing. -Spencer Hayes.]

What I am about to share with you is a very personal, very painful retelling of a hard portion of my life. I’ve since overcome it, but it is a dark stain on my past that I will unfortunately never live down. However, I feel comfortable in sharing it and hope that it is a story worth reading. Everyone always likes to talk about their favorite characters in gaming. The badasses. The grand hero. The lovable villain. The quirky sidekick. We all have favorites, it’s natural. But a question was asked to me today that made me consider something else, something deeper about the connections we have with the stars of those games that we love/loathe so much.

A simple question, but it could lead to many responses. But when I saw it, only one thing came to mind…

I’m referring to the alcohol abuse.

Back when Max Payne 3 released, I was in perhaps the deepest pit of my entire 22 years of life so far. Everything was falling apart around me: My relationships with both friends and family were incredibly strained, I was at risk of losing my job, I had fallen into a deep depression the likes of which not even my medications were helping me to deal with. So I made the worst mistake of my life: I decided that I would drown out every problem I had in my life with alcohol. I stopped drinking to have fun, stopped being the person that some Dtoiders know as “Swagathy”. I was using booze as a crutch. A temporary escape from the harsh realities I’d been dealing with, knowing damn well that they’d still be there as soon as I was sober again. But I didn’t care. I would drink. And drink. And drink some more, until literally all I ever did in life was sit in my room, alone, downing entire bottles of liquor on my own, for no other reason than because I didn’t want to deal with my life. I didn’t want to face reality, conquer my problems, and actually move on, I just wanted to see who’d stop floating and drown first: My problems, or my liver. It was the worst time of my life and even thinking about it now I’m reminded of visions of who I was. Visions of passing out on the floor because I couldn’t make it up the stairs to my room. Visions of getting behind the wheel because I just didn’t care. Visions of waking up and tripping over empty rum bottles.

During this time, Max Payne 3 launched. I’d never played the series before, but I knew Rockstar had an incredible knack for storytelling and despite not really paying attention to any pre-release information I decided to pick it up anyways because I wanted a new game to play. Now I had a basic idea of what happened in the two games prior: Basically Max’s life was miserable and he had lost his family. That was all the knowledge I had. When I first started the game I noticed a very peculiar thing, a very striking thing. One that hit home: His problems haunted him and he was dealing with it in the worst way possible. I watched as this character that I had never really experienced before or knew too much about would basically ignore his life and well being in favor of drinking his ills away. How everything that seemed to go wrong during the story was almost a direct result of his drinking. How he would go home each night and drink himself comatose. For me, it was jarring. It hit me like a god damn brick. This video game character, this fictional being in a fictional world doing fictional things, had a very real problem that I shared with him. It horrified me. Like looking into a mirror. And I didn’t like what I saw. I was disturbed. The game actually became hard for me to play. I was experiencing a virtual representation of my problems, my vices, my addictions. And it made me ill.

As I progressed through the story I was both amazed and terrified at how much I could relate to this man. Now, as I was playing this game, back in the real world I had also begun making strides towards correcting my problem. I was regaining a grip on my life, and regaining a grip on my self-control. I was slowly becoming better again, to the point where I actually stopped drinking for a while. And around that time a pivotal moment happened in the story where Max decided enough was enough, and that he was gonna drop the bottle and take his life back. When this happened, I was floored. This character that I’ve been so connected to this whole time…he was taking the same steps I did. I had no words. I still have no words to describe the feeling I had during that scene. But the one thing I can say about that scene is, it inspired me. I could probably say Max rejecting his demons and vices is what led to me doing the same. I think I can honestly admit that Max Payne is who saved me from my addiction.

Fast forward to now, I’ve managed to stay on that path. I won’t lie: I still drink. But I don’t drink for the wrong reasons anymore, and I don’t drink as heavily as I used to. Like Max, I found self-control. Like Max, I faced my problems, my traumas, my tragedies, my realities, and accepted them as life. And like Max, in the end, I found happiness. As I sit here typing this I know that I’m typing this to an audience…no, FAMILY, of people that love and appreciate me. Surrounded by friends, family, and a renewed appreciate of life. I haven’t solved all my problems, but I’ve found far better ways to cope than searching for the last drop at the bottom of the bottle. And I think Max Payne is the one that helped me do that. We were one and the same at the time: We wouldn’t listen to anyone that talked to us about our problems, we lost friends and loved ones because of it, and we were just being cowards and hiding behind substances to avoid life. But, we also found salvation from that fate. He helped me. He saved me. And, you know, it’s a stupid thought, but sometimes I like to think that maybe we helped each other.

Now THAT you can laugh at and dismiss as a joke.