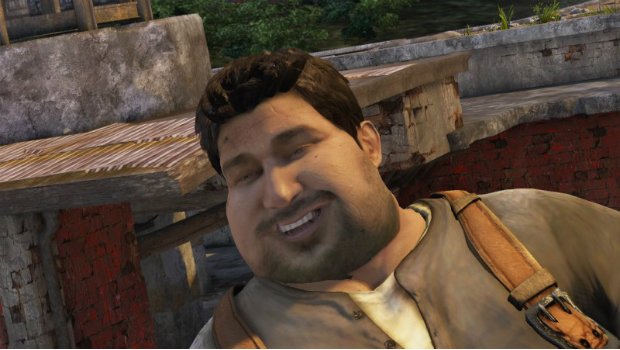 [Dtoid Community Blogger ccesarano is buried under the weight of videogame availability, a (first-world) problem many of us are all too familiar with. Want to see your own words appear on the front page? Go write something! –Mr Andy Dixon]

I’m a fat man. I’m a fat man that loves to eat food. I got fat because at some point in my life I decided I liked to eat exorbitant amounts of food even if I would be satisfied with a smaller portion. Why would I limit myself, after all? If food is good, more is gooder!

Yet after being fat for almost two decades you’d think I would know better. Let’s use a pizza for an example. I haven’t done it in a while, but in college it was not unheard of for me to order a pizza and eat the whole damn thing. The thing is, I don’t really know why I would. Because I wasn’t about to explode yet? Because it was just there? Because I was getting some level of enjoyment out of it?

The problem was that I wasn’t really getting enjoyment by the end. The pizza was always best when I was hungry. The first two or three slices not only tasted the best, were the most fresh and hottest, but they were so satisfying on the way down. My stomach opened its flabby arms and welcomed the delicious food with a warm and affectionate embrace.

But after three slices you stop being hungry. My stomach was basically laying in bed with three slices of pizza wearing nothing but lingerie saying, “Don’t worry bro, I’m good.” I didn’t listen, and would move onto four slices. Then five. My stomach was no longer lovingly accepting these slices of pizza and was instead objecting. The bed had run out of room, there weren’t anymore pillows, etc. My taste buds were starting to fall asleep as well. The taste of the pizza would be all over my mouth by then, so the flavors lost their initial luster.

It became rote. I would simply grab a slice, bite into it, chew and swallow. Why? Because… well, I don’t really know. The only thing left by an empty pizza box was guilt and the sad realization that I simply had too much pizza in me. I should have listened to my stomach when it said that it was satisfied and content, and had saved the rest for later. 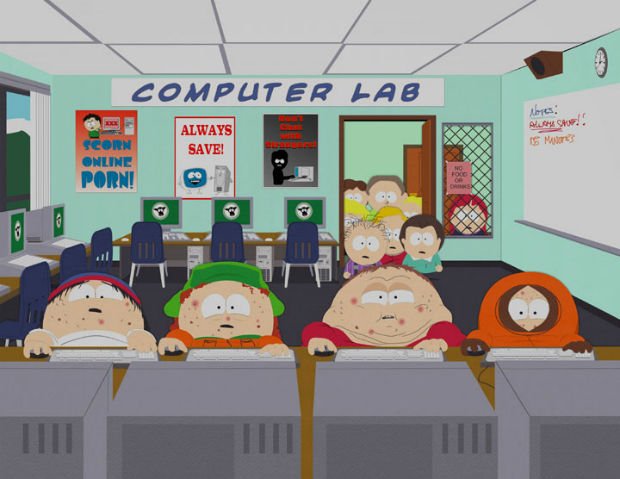 While this analogy is not 100% accurate to my point, I feel a lot of gaming enthusiasts have similarly grown fat on the exorbitant amount of game content available. When I was a kid I typically only got new games twice a year: my birthday in June and on Christmas. This is how I got games like Donkey Kong Country 2, Star Fox, Chrono Trigger, and EarthBound. Games like Mega Man X were only when they were on sale, and Final Fantasy IV and VI (II and III in the U.S. at the time) were only played by renting them or borrowing from friends. My parents didn’t have that much money to spend on these games, and couldn’t even afford to rent games every week.

This meant that I had a relatively small library of games to choose from on a regular basis. The only option available was to go back and replay games I had already played. Sometimes it was tough to be in the mood to play anything. There were several summers that I’d sit down at my Super Nintendo, plug a cartridge in, play it for ten minutes and then pop it back out to try another. This would continue through several carts until I finally managed to find a game that simply hooked me again, something that was increasingly difficult as summers wore on.

Yet I was able to savor and appreciate each game. I may not have beaten Diddy’s Kong Quest that often, but I’ve played through a large chunk of it several times. (Enough times that the music and sound effects are embedded in my brain.) I can beat Mega Man X in a short afternoon where I only die in order to get the Hadouken ability. I can recall the most obscure missile locations in Super Metroid. I was able to play through these games multiple times, often enough learning new skills every journey back. This is nothing to say of games like EarthBound or Secret of Evermore (the latter of which I’m not sure I’ve ever beaten… I think I managed it once?). 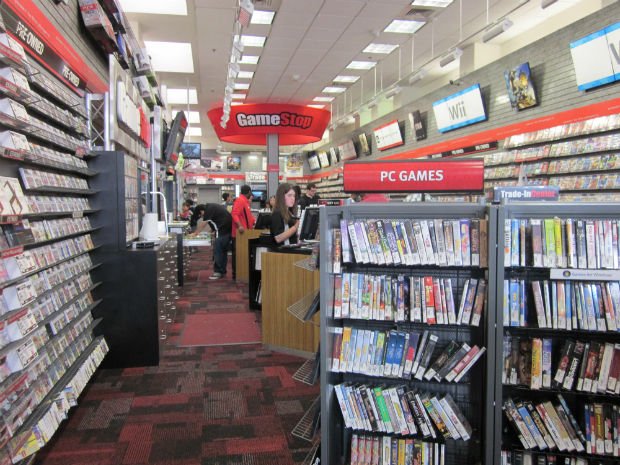 At some point in high school I started working at GameStop, where I was able to make enough spare cash to occasionally buy a game that looked interesting. The number of games I had available to play throughout the year increased, but I still had time to go back and replay older games. This is around the time I almost beat the original Final Fantasy (and then the cartridge decided it didn’t want to keep my saved data anymore, and my almost-level-50 Warriors of Light hanging out at the Chaos Temple disappeared into the abyss). When I got to college I got a part time job and still bought games — and even got myself a GameFly account — but I was able to play through Metroid Prime again, beat the original Halo on Legendary for about the eighth damn time, and even went back to EarthBound and finally nabbed myself the ever elusive Sword of Kings.

Then I graduated, sat on my ass unemployed for about a year, and then got lucky and entered the working world. I started to buy games constantly. Anything that looked mildly interesting I’d pick up on sale. My shelf became stocked with games still enclosed in that clear and shining shrink wrap. The pile grew taller and taller, and now I sit at my Xbox, looking into my drawer, counting about 20-some games I own that I’ve never played or beaten. 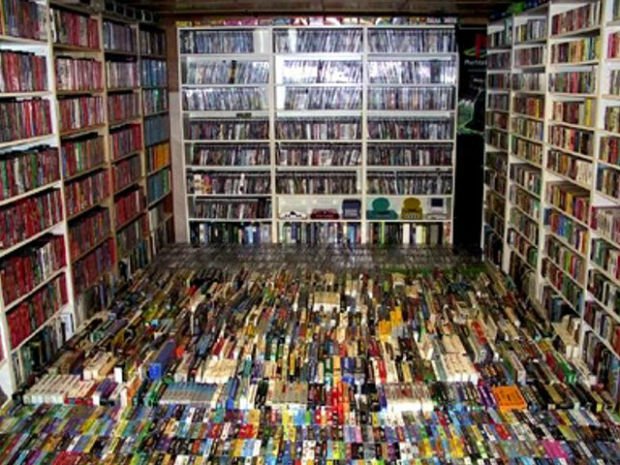 I used to savor games. I used to replay them. Yet the only games I’ve really been able to give such good time to in recent years were second runs of Brutal Legend and Dragon Age: Origins so I could “stack up some ‘cheevos” or whatever you kids are saying. That was when I was unemployed and had nothing but time available. Now I look at my copy of Spec Ops: The Line, a game whose story seems like it would be interesting for a second run through, but feel guilty because Dragon’s Dogma is still incomplete and I still need to play Assassin’s Creed: Brotherhood and Revelations before the third one comes out.

Every month this year, there is at least one game I am interested in buying that releases. It’s like I have an entire pie of pizza that is self-regenerating. I grab two slices and the pie replaces them, becoming whole again. Try as I might to eat the whole damn thing and be done with it, the pizza just keeps reforming again.

I’m not the only person with this problem. I’ve gone to other gaming forums and spoken with other adults, especially ones with families, that are in the same boat. Most of all, I keep hearing people talk about how much better games used to be back in the day. Well, of course it seems that way. You weren’t playing all the games. You had time to get to know them. You only got to play a select few titles a year, and when you finally had the choice you already read about the best of the best from the magazines. You didn’t get to play the shitty games because you had the best games of the year available all at once.

I strongly believe this has negatively effected our perception of the games we play. We don’t spend as much time getting to know them. They aren’t as memorable because we don’t have the necessary repetition required to commit them to memory. Instead of savoring a game, we’ll rush through it because there’s a new one coming out soon that we want to have time for. We don’t replay old games because there are others left unbeaten on our stack.

Or maybe I’m making a lot of assumptions as to how widespread this is? In any case, it seems to me like we could all benefit from a gaming diet. Hell, larger publishers might even benefit from consolidating their resources into fewer projects. Do we really need both Battlefield 3 and Medal of Honor making similar styles of games? 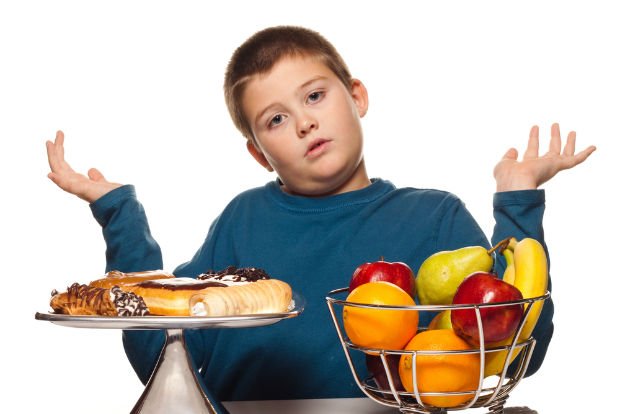 Personally, I might have to make some tough choices in the near future. Thus far the 3DS has been an excellent source of gaming for me, with releases far spread enough that I have time to enjoy the different games equally. I spent a lot more time than is necessary on Kid Icarus and Resident Evil: Revelations, and Theatrhythm: Final Fantasy is already calling to me as I sit here at work counting the minutes until I get home.

Maybe, with the next generation looming before me, it is time to take a break from my old habits. Instead of buying these new consoles, let them sit and wait for some time. Keep my 3DS, maybe get a Wii U, but leave the future Xbox and PlayStation games to other players. I’ve got plenty to catch up on, and honestly, it would be nice to take a second tour through my library of excellent games, returning to old favorites like Alpha Protocol or even EarthBound again.

What do you think? Do you wish you had fewer games to play? Or more?