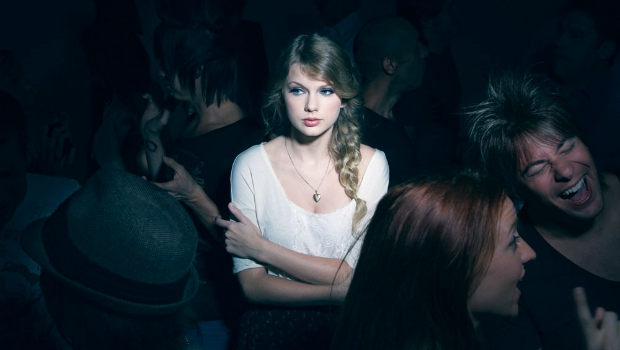 [Dtoid community blogger Handy is pissed off and he’s not gonna take it anymore. Or, at least if he does take it, he’s gonna be really pissed off about it. Or something. Want to see your own words appear on the front page? Go write something! –Mr Andy Dixon]

I like to play my games alone. When did that become such a bad thing? I like to take my time and immerse myself. I like to take in the story and get to know the characters. I like to be thorough and enjoy things at my pace. Multiplayer and co-op do one of two things for me: remove those aspects completely, or spoil them. It’s either a sterile expression of the game mechanics with no point or context, or it’s the story mode, but now there’s another person there to pull you out of it. Like that obnoxious person in the cinema screaming “He’s behind you!”, except now he’s in the movie.

I can’t immerse myself when there’s a real person talking to me and jumping around the game world. I can’t take in the story and get to know the characters when some stranger is forcing me to skip all the cutscenes and dialogue. I can’t be thorough and enjoy things at my pace when my partner‘s in my ear telling me to hurry up.

That used to be OK. Nobody was forcing me to play with other people; I could enjoy all the single player content by myself and take or leave multiplayer as I wanted. But not anymore. Now, multiplayer is being shoehorned in where it has no place, diverting funds and resources from single player, and even encroaching in on the single player experience.

Can you honestly imagine one person who thought to themselves, “Dead Space? I’m not touching that without multiplayer.”? As if the God-awful competitive multiplayer in Dead Space 2 wasn’t enough, now we have a new best buddy who can randomly appear and pop out of existence with no explanation whatsoever to help you out. Because nothing screams scary like having a heavily-armed man who shoots the monsters for you. Dead Space was all about solitude and atmosphere, both of which are ruined when you add another person — real or AI-controlled — into the mix.

It didn’t exactly do wonders for Resident Evil 5.

But as long as it’s barely adequate people will accept it. I can already tell you what the reviews for Dead Space 3 will say. “At first we were worried about the co-op but it wasn’t as bad as we thought it would be, also the game’s not scary anymore, 8/10.”

And was multiplayer really what people wanted out of the next God of War? Seriously? Four guys fighting over who gets to do the QTE? That sounds like parody! Do they think a lack of multiplayer was holding them back? Do they think they’ll foster a thriving online community that’ll last more than three weeks? Do they think it’ll be treated as anything other than an afterthought, enjoyed as a half-hour distraction at best once people are done with the main game? Could I possibly fit anymore question marks into this paragraph?

Frank Gibeau of EA has boasted that he hasn’t approved a sole single player game at all. Everything must have an online component now; even Dragon Age III. After seeing what happened with Fuse, I think EA may actually be the Borg now, trudging through the industry assimilating all it encounters into the same gray, soulless, unemotional, interconnected hive-mind. Soon the next entries for Dead Space, Battlefield, Army of Two, and Mass Effect will all be released on one disc. It will be called Videogame: The Videogame, and in it you will shoot turban-wearing aliens with Russian accents to save your daughter who is voiced by Nolan North.

Insomniac’s Ted Price has stated, “I can’t imagine that any game we’d do from here on out will be single-player only.” Well of course he can’t imagine that! EA has his imagination in a little jar now, up on the mantelpiece next to BioWare’s soul and John Madden’s elixir of youth. Sometimes at parties executives like to pour it down the sink and just laugh, meanwhile, a single tear rolls down Ted Price’s face and he can’t understand why.

The creators of Spec Ops: The Line were even forced to put a multiplayer component into their game against their wishes. 2K insisted it be there despite the team’s protests, and despite the fact that it completely went against what they were trying to say with the game. Lead designer Cory Davis had this to say:

The multiplayer game’s tone is entirely different, the game mechanics were raped to make it happen, and it was a waste of money. No one is playing it, and I don’t even feel like it’s part of the overall package – it’s another game rammed onto the disk like a cancerous growth, threatening to destroy the best things about the experience that the team at Yager put their heart and souls into creating.

Wow. He just referred to cancer and rape to describe the multiplayer that he made.

And that really is the problem at the end of the day: publishers are the ones forcing this, yet they don’t realize where and how multiplayer should be implemented, they don’t understand that it’s no longer viewed as value for money, and they’re wrapped up in this notion that a game could be some sort of platform from which they can provide a service that bleeds us dry with microtransactions.

It all used to be so simple. You buy a game, you pop it in, you play it. But if we keep letting publishers have their way we’ll soon be living in a horrifying dystopia, where to get on with the single player game means we need to use an online pass to access a forced multiplayer component that updates your Twitter account with every enemy you kill and every tweet you get earns you assets for the prequel iOS game that links to your Facebook account so you can spend real money to unlock weapons in the tie-in Facebook game that earns you XP for the spinoff PSP game that explains the backstory of the character from the day-one DLC and I JUST WANT TO PLAY MY FUCKING VIDEOGAMES.