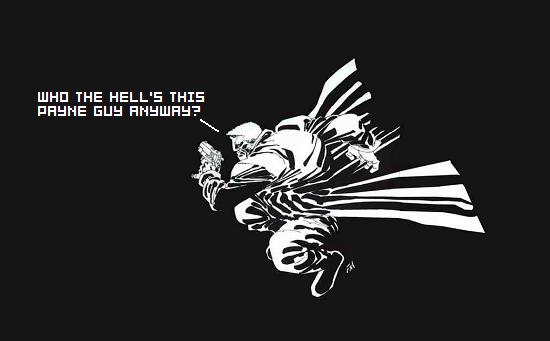 You might remember that a while ago I got rather excited about the prospect of a Sin City game based upon Frank Miller’s original graphic novels. It was one of those deliciously frustrating announcements guaranteed to spin a comic fan’s mind off into all kinds of daydreamed “Best game evaaar!” possibilities, but with no real details announced, the crushing concrete reality was that it was really very much a case of “Could go either way”.

Now however, things are looking a little brighter with the announcement of the involvement of talent responsible for both The Chronicles Of Riddick: Escape From Butcher Bay and the Linde-approved The Red Star. It transpires that the game will be scripted and designed by Flint Dille, the chap who wrote the aforementioned videogame escapade of everyone’s favorite gravel-voice, latently camp anti-hero, and that Union Entertainment, those responsible for the polishing duties on Activision’s shooting/fighting hybrid and who also worked on The Darkness, will be taking charge of the game’s production.

It is still of course, very early days, and this information alone is certainly not enough to warrant the commencement of rabid excitement, but with a fairly decent team pedigree revealed and Dille stating that he and Miller have been “having a party coming up with nasty stuff for the game”, I’m tentatively looking forward to seeing and hearing more.