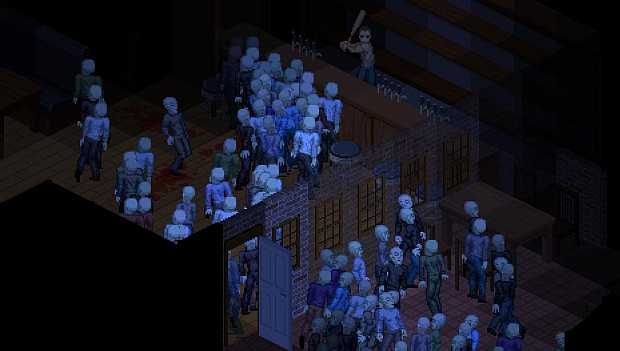 Zombies may be old news, but Indie Stone’s Project Zomboid is an ambitious little game that’s taking the concept in a new, fascinating direction. It’s a survival sim with a super-bleak, utterly fatalistic attitude. In fact one of its taglines is the question, “How will you die?”

And now it’s getting an update. People who pre-purchased the game already have access to the ongoing pre-alpha development version already, and should get this update, which includes some much-demanded modding tools. The free demo version available on their site will not be getting the update, though, so fork over a few clams if you’re feeling it.

Better still for players who like to fork over their clams in a more convenient manner, Project Zomboid is now available on Desura, a community-driven digital distribution service with an emphasis on indie games and mods.

“What about Steam?” you ask? Indie Stone have spoken about that as well, and the answer is, more or less “not right now”, due to the being barely out of the game development equivalent of the fetal stage. So drop your “If it’s not on Steam it doesn’t exist” policy for a little bit if Project Zomboid appeals to you.