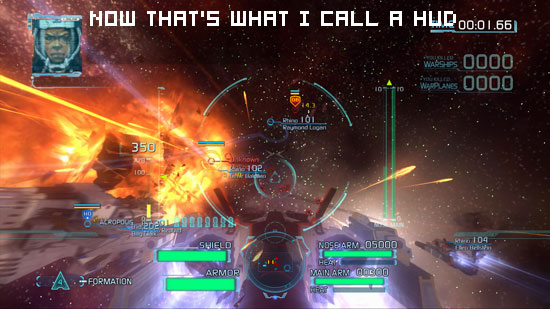 While Project Sylpheed has been out in Japan for quite some time, the US version is just now gearing up for release on July 10. If you’re unfamiliar with this game, think of it as an off-rails space shooter. It sort of reminds me of the Rouge Squadron series with a little bit of Robotech thrown in for good measure.

A word of caution: do not jump into the game without at least attempting to complete the tutorials. Project Sylpheed makes full use of every button on the Xbox 360 controller, and you’ll learn this early on. But once you do figure out how the control scheme works, there is a lot of fun to be had.

If you are looking for something to play on this boring summer afternoon, Project Sylpheed is worth checking out. Or, if you are like Aaron Linde and can’t wait to get your hands on the full release, take a look at the game’s official Web site, which launched earlier today.