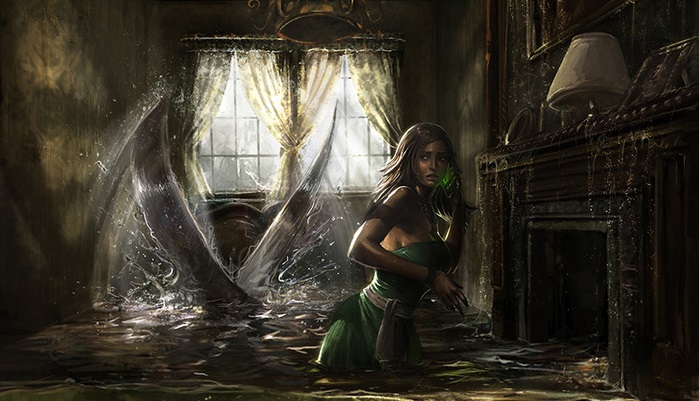 Nude Maker asking for $300,000 to fund enhanced version of NightCry

NightCry (Project Scissors, if you’re nasty), has taken to Kickstarter with new ambitions.

The point-and-click horror title was originally planned for just Vita and mobile devices, but Nude Maker has now set its sights on bringing the game to PC and maybe other platforms as well.

The developers state, following NightCry‘s initial announcement at Tokyo Game Show last year, “Gamers all over the Internet were excited for the game, but so many were clamoring for the game’s release on a big-screen platform.”

The team isn’t interested in simply porting the game, though. If there’s going to be a PC or console version, they want it to meet the standards players expect from such platforms.

The trouble is, publishers are reticent to take on point-and-click experiences these days, much less a horror game devoid of weapons or mass appeal. And the portable version is already being funded largely out of the creators’ pockets, with the staff making little to no money as the project attempts to get off the ground.

So, they hope those of you “clamoring” for a PC release will help fund its development, and are looking to raise at least $300,000 to make that happen. Best of luck to ’em.