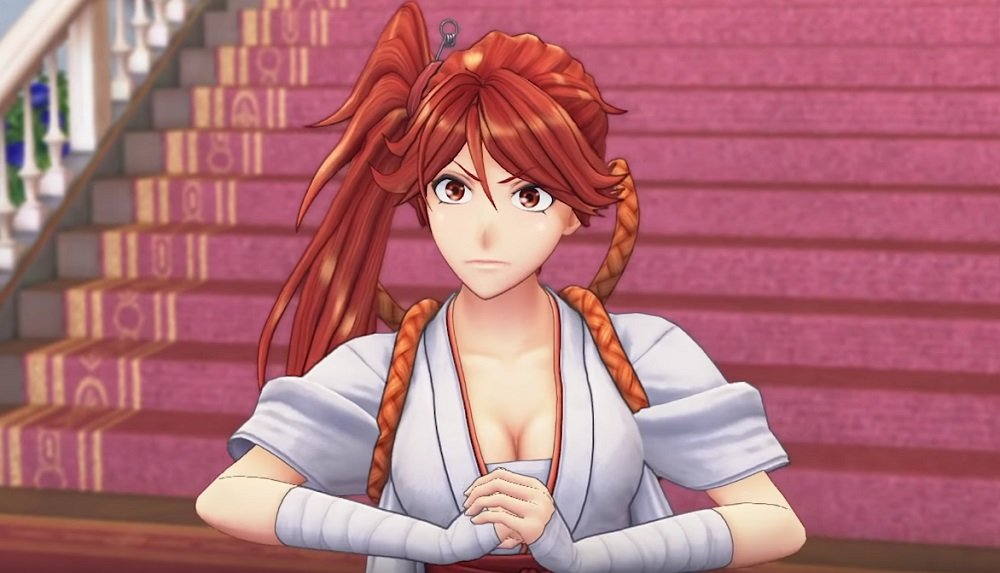 Hatsuho is shrine maiden whose family have guarded the Shinonome shrine, located in the Imperial Capital for generations. A popular and beloved girl among the community, Hatsuho’s tough-gal attitude belies a friendly attitude and dedicated code of honour. The track featured in her music video, “Onna! Matsuri no Kokoroiki”, is sung by Hatsuho’s voice actor, Maaya Uchida. The drum-heavy tune matches Hatsuho’s indomitable spirit and prideful duty.

In case you missed it, you can check out the music video for poster girl Sakura Amamiya right here. Project Sakura Wars launches on PS4 in Japan December 12, before heading west sometime in 2020.