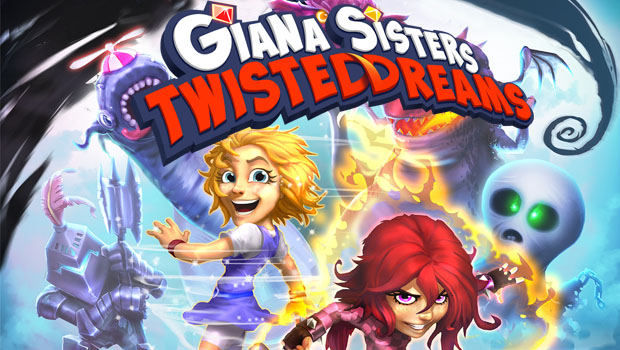 We detailed six reasons to support the Project Giana Kickstarter just over a month ago, and it seems many agreed as Black Forest Games raised nearly $200,000 for the game, well over the goal set by the company. Those who pledged will soon reap the rewards of their donations as Project Giana now has a new name and an official release date.

The game’s official title has been announced as Giana Sisters: Twisted Dreams, and it will see a worldwide release for PC on Tuesday, October 23.

Check out the new teaser trailer above and get ready for a unique game that promises to provide a nostalgic challenge along with a great soundtrack and interactive world. It’s planned to hit Xbox Live Arcade and PlayStation Network in early 2013, and it is also currently on Steam Greenlight, so go on over and give it a thumbs up if you’d like to see Giana Sisters on Steam!

Are you sold on the new Giana Sisters adventure yet? Will you be picking it up on PC or waiting for the XBLA/PSN releases?