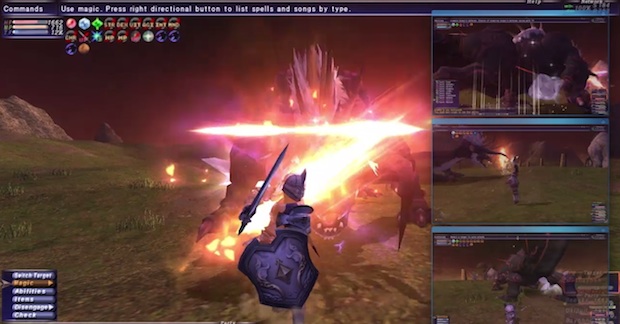 They’re partnering with Ubisoft to kick it off

Square Enix’s move into cloud gaming is called Project Flare. It’s not cloud games, though — it’s more about the technology running the games. They announced that they’re working with companies such as Ubisoft to explore the potential of cloud gaming.

Square Enix are working on providing the tech that will let their partners use the cloud for gaming with Project Flare. As examples, they mention Hollywood-quality animation running in real time, as well as uncapping AI and physics processing. Even video streams can be powered by their cloud tech.

A new website for the project has an overview for you to look over, but you may get more out of the video they’ve provided.

In a nutshell, game content that would be hardware intensive could be streamed from the cloud instead of processed locally. Mixing local processing with the generated content is the idea here.

“We are convinced that our Project Flare will open the door for a new era in gaming,” said Square Enix boss Yoichi Wada. “In the game industry, revolutions in both technology and business models have evolved content, and growth has come from the new game experiences born of that content. In recent years, growth has been driven entirely by the business models such as F2P. Finally, the technological breakthrough has arrived.”