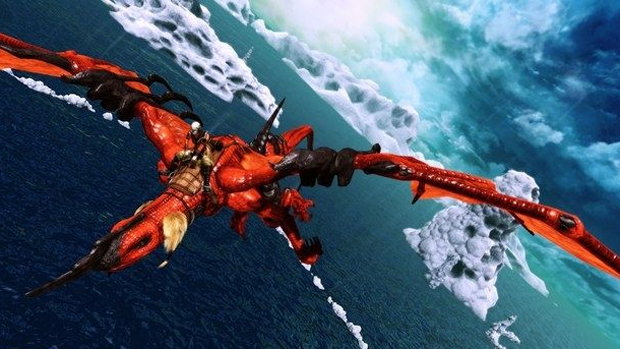 At 2010’s Tokyo Game Show, we were shown the first glimpse of “Project Draco,” a Kinect-based title from Panzer Dragoon director Yukio Futatsugi. Today, from an event celebrating ten years of Xbox held in Akihabara, comes the announcement that the game has received its official title, “Crimson Dragon.”

Famitsu offered up some gameplay impressions of the title which make it sound like it could be a lot of fun. It also sounds similar in design to Child of Eden, being a rail shooter with one hand used for lock-on/homing attacks while the other allows for more direct, powerful moves. I’m not complaining, necessarily, as that’s probably my most-played Kinect title and I love Panzer Dragoon. I guess I just expect something a little more original from the guy who brought us that series and the under-appreciated Xbox exclusive Phantom Dust.