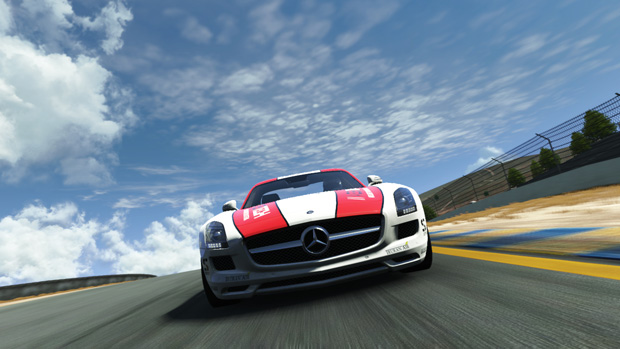 Project CARS, the latest title from Need for Speed Shift developers Slightly Mad Studios, is now coming to both next generation consoles (PS4 and Xbox One) and Valve’s Steam OS in 2014.

“Project CARS has always led the pack in terms of insane detail. Whether that’s graphically in the craftsmanship of our cars and tracks, technically in the way we’ve approached weather and time of day, or emotionally in how each car feels and responds to your touch. These powerful new platforms allow us therefore to not compromise on the quality of our vision and ultimately that means players are going to experience something truly breathtaking when they get behind the wheel,” said studio head Ian Bell.

Driven by the community-centric World of Mass Development (WMD) platform — a system that allows developers continual direct feedback, as well as the ability to raise funds needed — Project CARS scope will extend further when the game moves to Valves Steam OS due to a pre-existing partnership the team has with Steam. Currently tens of thousands of WMD members have had the ability to download and play builds of the game and access unique multiplayer and social features only possible on the Steam platform.

Project CARS will be available for the PlayStation 4, Xbox One, Steam OS, PC, and Wii U sometime this Fall. No further mention of the Playstation 3 or Xbox 360 versions has been made at this time.