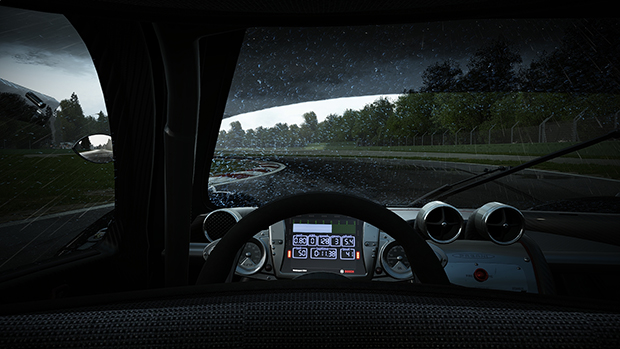 Slightly Mad Studios has announced that Project Cars will work with Project Morpheus. The sensation of “speed, distance, perception, changing focal points, and physically-accurate cockpit and helmet views” will all be simulated in the virtual reality space.

“Virtual reality is a perfect fit for racing games since the game world literally comes rushing towards you from the distance and the increased sense of depth and speed that stereoscopic vision affords you makes this incredibly real and tangible. So when you’re racing you get a much better perception of distances and position and you feel far more enveloped by that world rather than just looking through a window at it.”

This shouldn’t come as too much of a surprise as Project Cars will also support the Oculus Rift. I do wonder how sickening it will feel playing a racing game in virtual reality though. There will be much barfing, probably.