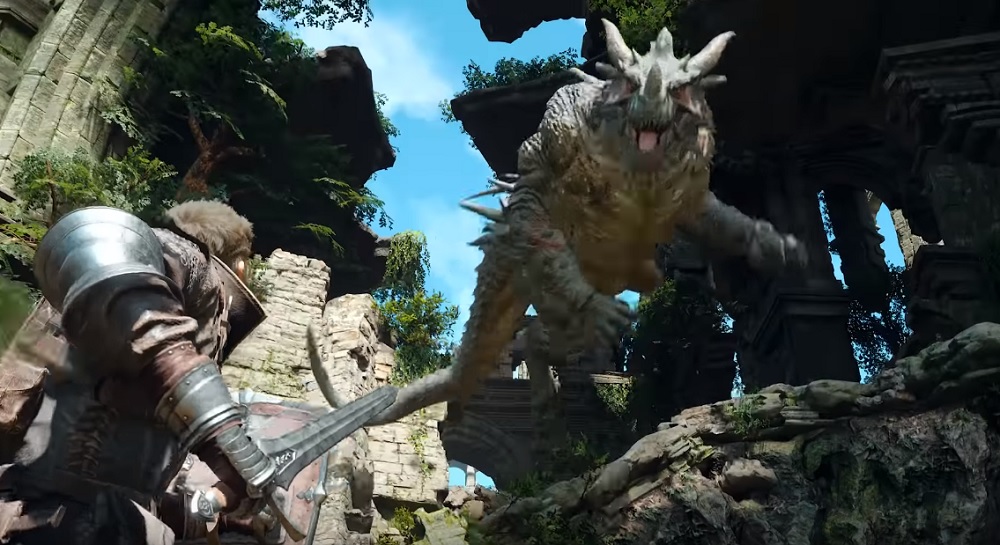 As part of the PlayStation preview for the upcoming Tokyo Game Show 2018, CyGames released an exciting new trailer for their titan-slaying title Project Awakening.

The epic new video sees a stoic medieval warrior take up sword-and-shield against a huge scaly beast, duking it out among the broken ruins of yesterday. It looks like having the high ground isn’t going to count for much against these terrifying creatures who seem to traverse terrain with frightening ease.

It’s impossible not to draw comparison’s to Capcom’s immensely successful release Monster Hunter: World, but given the latter turned out to be one of the year’s best titles, more massive-scale beast brawls will no doubt be welcomed with open arms.

Project Awakening is currently in development for PS4, expect more information at TGS 2018, which takes place from September 20.