It’s been a long time since Destructoid last got to speak with Phosphor Games about Awakened, the incredibly promising superhero sandbox game that caught our eye nearly two years ago. In that time, Phosphor’s made a living with some high-profile mobile games and contract work, but never stopped thinking about the project that first made its name widely known.

In the time between Awakened‘s reveal and now, a little thing called Kickstarter appeared, quickly proving itself fertile ground for developers sick of the mainstream publisher route. It’s almost no surprise that, after so long in the dark, Awakened as resurfaced with crowdfunding in mind.

Awakened has been in development for quite some time, so the sudden reappearance on Kickstarter may look cynical to some. According to Phosphor, however, it’s a necessity.

For those unaware of Awakened, here’s a quick rundown. It’s a game about creating your perfect videogame protagonist, essentially. A huge range of abilities lets you customize your power fantasy, from rock-hard skin, to super speed, to teleportation, to the summoning of whirlwinds, as well as proficiency with all manner of weapons. The early test footage revealed an unparalleled level of personalization, promising a game that speaks to me so precisely, I almost suspect Phosphor’s been walking in my dreams.

Phosphor’s Chip Sineni explained to us that, despite publisher interest in Awakened, nobody was willing to bite in an industry ruled by sequels and big franchise names. The developer found itself in a market of extremes, with publishers viewing games as all-or-nothing gambles. Either they’re going to bet the farm on a game and sink obscene amounts of marketing dollars into it, or they’ll provide zero promotion and send it out to die. There’s no middle ground anymore.

“We shopped Project Awakened to every major publisher, and had a pitch meeting with most of them,” Sineni told Destructoid. “Everyone we personally talked to loved the idea, and each of them would say ‘we should do this game together,’ and ask us for all this documentation and material so they could pitch it to the executives. Then a couple months later they’d have long faces and tell us the same thing we heard from every other publisher — that the company was only investing in sequels or similar games to well known IPs … ‘tweaks’ of  ideas already in the market. 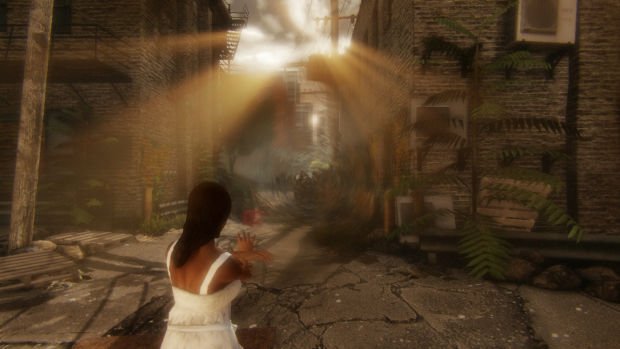 “From a publisher’s standpoint, games are a big risk. They are beholden to shareholders. They really can’t do any games that don’t have ‘metrics” or ‘comparables,’ which is why you just don’t see much innovation in the retail boxed game space, which is where all their big plays still are. The problem might be alleviated by digital download and less middlemen (console manufacturers, retail shops, cost of goods, shipping) getting a cut of a game, if publishers committed a lot more big budgets to digital, but I don’t know how their culture would work in publishing more innovative games — it is still money going towards a unknown risk.”

This fear of new ideas is what painted Phosphor into the corner it now inhabits. The company needs to make money, and so has been doing contract work for other studios’ projects. Of course, doing this means it can’t dedicate its time and resources to Awakened. Despite plenty of headway made on the game, it’s reached a point where the project is treading water, risking abandonment as Phosphor tries to keep itself profitable.

This is where Kickstarter comes in. Armed with a stable foundation of funding, Phosphor will be able to dedicate itself fully to Awakened, finally getting the game’s launch closer to reality. Powered by Unreal Engine 4 (note: our screens are from the UE3 version), Awakened is shaping up to be something gorgeous, and intends to make maximum use of the PC format. The team plans to heavily support the modding community, providing simple tools at first, and hopefully releasing expanded features as the project goes on. 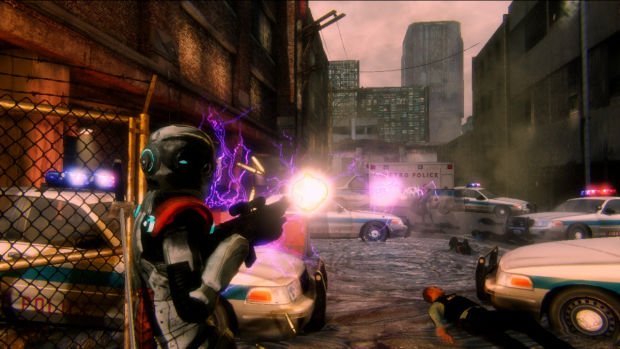 “Project Awakened is an ambitious game and is still early in development,” revealed Chip. “As an independent developer, we always have to find work that can pay our bills, which means our longer term game Project Awakened always gets staff diverted from it to help on projects that are closer to getting out the door. Kickstarter will make sure we can dedicate a team to shipping the game.

“The funny thing about Kickstarter in general is people always told us we should try, and we had all these excuses why we shouldn’t — that it was a fad, or you had to be a big famous designer or IP to pull off a successful campaign. But it still seems like it is going strong and working for a variety of different cases. In hindsight, Project Awakened is such an ideal project for kickstarter because it is much more of a ‘gamer’s game’ than something that would get approved on a corporate level.” 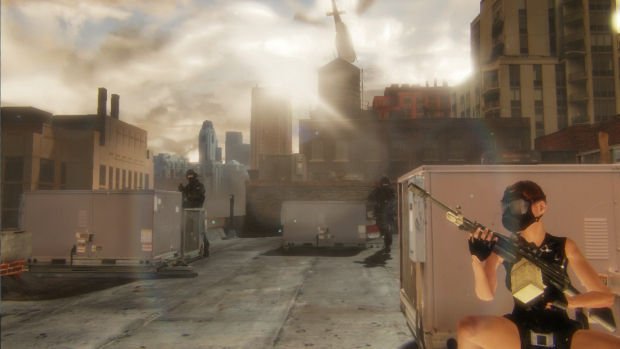 Another major benefit with Kickstarter, Phosphor believes, is the ability to directly evolve the game based on community feedback. The game will include cooperative and multiplayer modes depending on how much money it can make, and also hopes to include advanced modding tools and other neat, PC-centric features, provided the market shows an interest.

“When it was planned to be a retail box console game, there really was only so much you could do after launch — the game pretty much is what it released with. On PC, you really can roll out betas earlier, and the fans can start making suggestions and help you hone in on a good game before you go in directions people aren’t asking for. It is crazy when you think of what Minecraft is today vs what it first released as.

“We’ll be more polling for what features people are asking for — the pledges for the kickstarter are to get it existing at all vs. specific features. Of course, the more we raise, the more of these features we can make available when it first launches. It is an interesting  idea for a major new feature addition to the game connected with a pledge level or something, but after that it’s way too early to tell what our community will be asking for until it is funded and then in their hands.”

The aforementioned modding tools are one of the features Awakened originally wasn’t going to have, but Sineni and his team are incredibly excited for now. The team hopes players will take the game’s city setting and be able to change everything about it, adding swords, armor, skeletons, whatever they want. The goal is to “make it as moddable as the community wants it,” and the initial release aims to have a pro-level tool set allowing users to fiddle with the A.I. and even craft their own superhero abilities. If the game is a success, Phosphor will roll out more user-friendly tools. 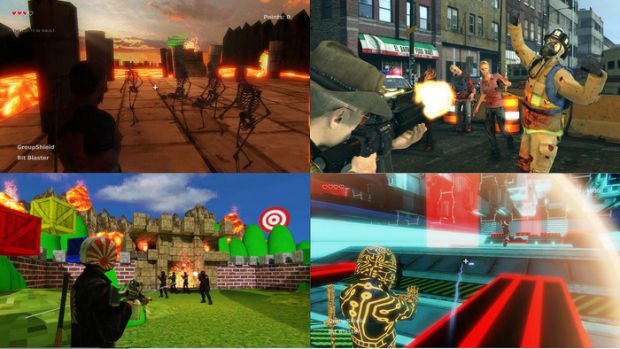 That’s in the future, though. Right now, the game has $500,000 to raise, and a whole lot of heart to back it up. Various pledge rewards are in place, with high tiers allowing you to create your own in-game taunt, or getting a character modeled after you. The $1,000 reward — an actual statue of a character you create using Awakened‘s tools — is by far the most interesting to me, though I’d have to dig deep for a spare grand.

I’ll definitely be tossing some money Phosphor’s way, though. The team’s history with Psi-Ops: The Mindgate Conspiracy demonstrates it knows a thing or two about player empowerment, and I just really want to see Awakened in the flesh, after years of patient waiting. This is one Kickstarter drive I am emphatically behind, and I urge you, if nothing else, to at least check it out.