A few minutes before I played my first match of Gearbox Software’s Project 1v1, I was informed that Randy Pitchford refers to the game as “gladiatorial.” Pitchford’s ability to describe his studio’s games with over-complicated, hyperbolic mouthfuls is well-documented. But after a few rounds, I have to concede that gladiatorial is the simplest way to summarize what the Borderlands creator is cooking up.

If you’re into more verbose descriptions, I’ve got you covered: Project 1v1 — the game’s current, working title — is a free-to-play, one-on-one, competitive first-person shooter meets deck-building game. In its current Alpha form, it shows promise. But as a new entry in a crowded market, only time will tell if Project 1v1 finds an audience.

If you’ve ever played an arena shooter, you’ll be familiar with Project 1v1‘s basics. Although it’s designed to pit players against a single opponent at a time, it maintains the speed and explosive weaponry popularized by Quake and its ilk. Matches are short, five-minute affairs, during which players do everything in their power to score the most kills. 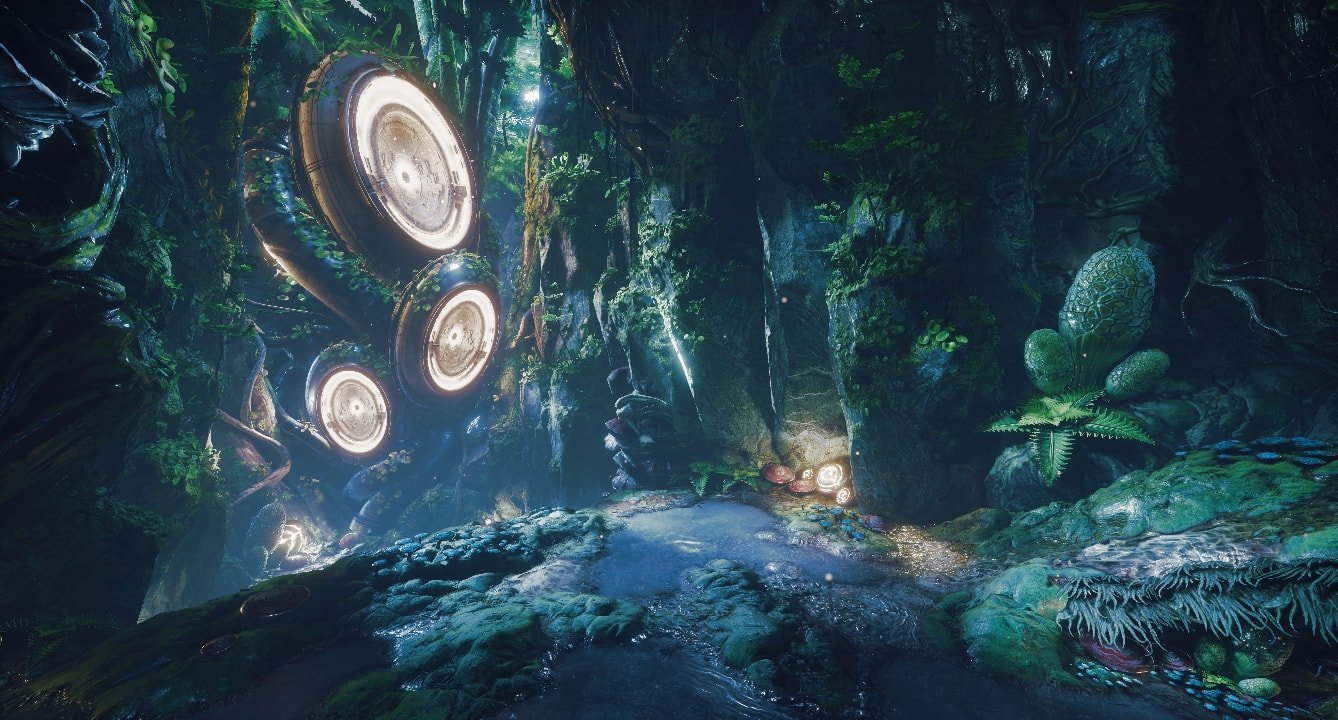 During my hands-on session, I was able to see the skeleton of Project 1v1‘s card-building system. Each character has a weapon loadout as well as three skills. The demo build had set options, but I was informed that the game would launch with a wide array of offensive, defensive, and utility cards to use in combat. The ones I saw ranged from a wall hack-like ability that allowed players to see their opponent’s silhouette through level geometry, an adrenaline boost, and a flying, fiery punch capable of dealing massive damage.

Even with the deck-building aspect of Project 1v1, the matches I played felt markedly similar to other shooters. As a high-level concept, carefully balancing your available abilities based on a pre-selected deck sounds interesting, but in practice, it was the same waiting for a cooldown to expire.

While there’s not much to report on even after two full matches (and watching two others with the game’s built-in spectator mode), Project 1v1 looks just fine. It’s still in development, and Gearbox plans to add a host of customization options so players can completely customize their avatar’s appearance. And with no firm release window, something tells me that Project 1v1 might undergo some changes before the public gets their hands on it.