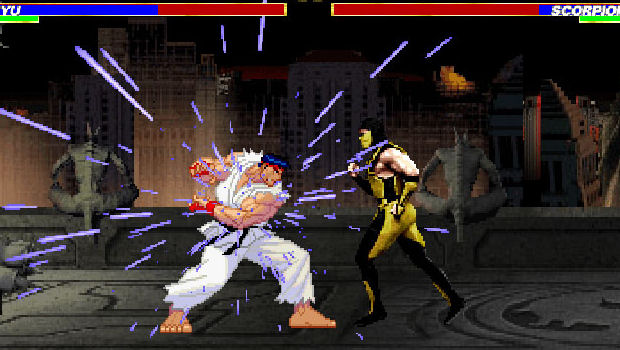 Street Fighter is the drunken cheerleader slut of the fighting game world, seemingly hopping into bed with every other fighter franchise out there. However, Street Fighter‘s legs have always clamped firmly shut when Mortal Kombat comes round with a bunch of flowers and a bag of roofies. Despite this, producer Hector Sanchez believes that a union is inevitable.

Strangely, although Sanchez says it’s definitely going to happen one day, he places some pretty big conditions on the situation, first stating that a crossover “depends on the success of Street Fighter X Tekken.” He then adds that the whole issue of violence and Fatalities would be an issue as well: “I’m not sure Capcom would be happy with Scorpion ripping Ken’s head off.”

But hey, aside from that, it’s bound to happen, right?

I’d love to see Scorpion pulling Ryu’s head off, by the way.