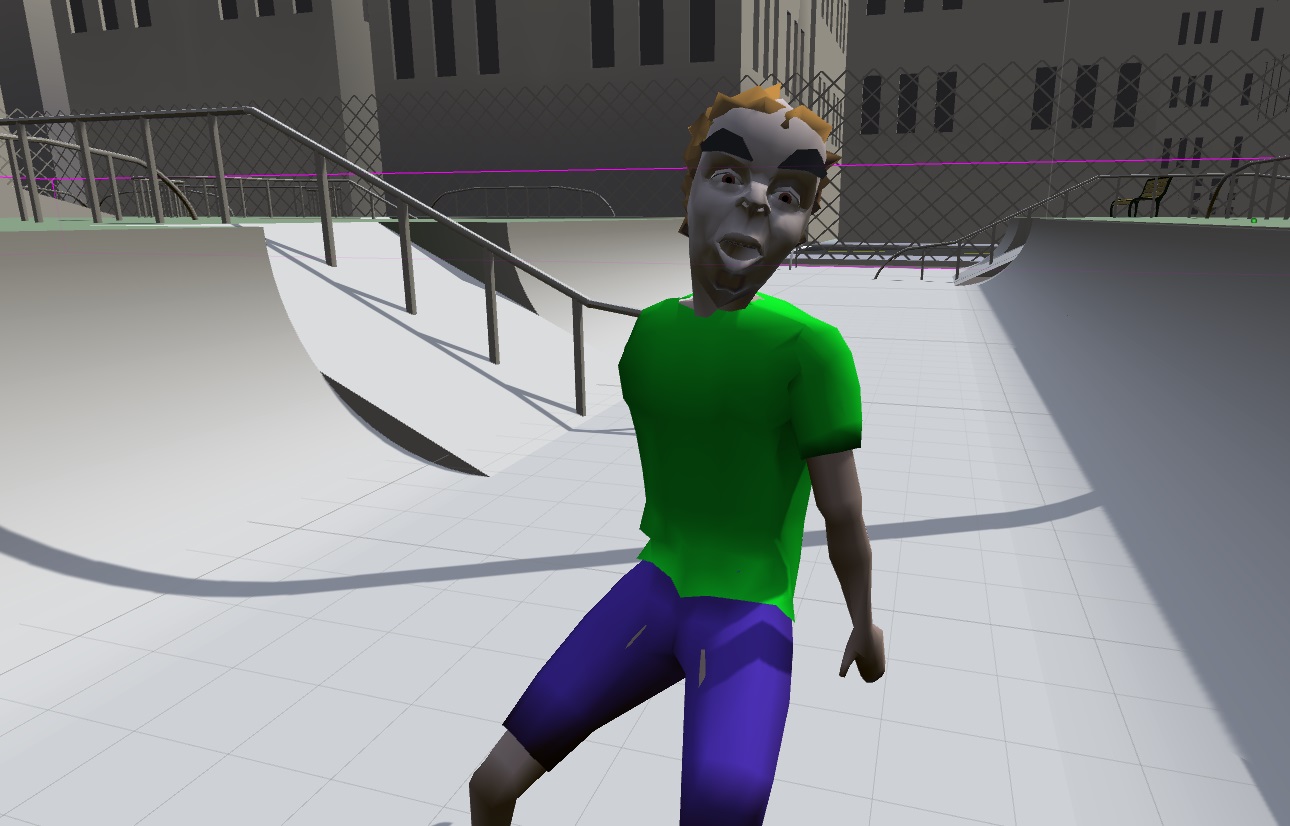 May I have this grind?

Skateboarding is my escape from life’s chaos. Whenever I feel stressed out, my skateboard is always there as a reliable means of much-needed relief. After countless hours skating, a few hundred major falls, and a handful of broken bones, my skateboard and I have become inseparable.

Because skateboarding has always been my form of meditation it’s wickedly ironic that Proc Skater 2016 had me so frustrated earlier. It’s a free game developed by Joseph Parker and Ryan Jones that manages to take everything I normally appreciate about skateboarding — the muscle memory of a familiar trick and the fine-tuned turning of worn-in trucks — and toss it to the wayside.

Proc Skater 2016 was developed as part of the Procedural Generation Jam. It’s silly and challenging all at once, with physics that fly in the face of logic and skaters that control with all the grace of a semi stuck in reverse. Even an ollie, the foundation from which all skateboarding tricks evolve, is a recipe for disaster.

But that’s part of the fun.

Though Proc Skater 2016 makes “realistic” skateboarding next to impossible, the game excels at creating a silly environment where pandemonium reigns. Every new game spawns a randomly generated skater (complete with cool nicknames like “Charizard”) and a unique park to shred. The skaters are disproportioned and goofy, with clay-like faces that seem to understand the pain that awaits them. Each park defies the skate gods by mashing curved rails and steep ramps together with random, reckless abandon.

It’s by no means a spiritual successor to Skate 3. In fact, Proc Skater 2016 feels more like a nightmare Techdeck park fused with the soul of QWOP. You ride around, trying to stay straight and upright. You launch off of a ramp, flipping and spinning through the air before hurtling towards the ground. You bail — sometimes landing underneath the park’s geometry — and get right back up. With sketchy parks and wonky physics, the nonsensical tricks of Proc Skater 2016 make for a hilarious and frustrating experience.

I think that it’s safe to assume the developers understand how glorious Proc Skater 2016‘s cacophony of aerials and crushing falls are since you can record gameplay with a single button press. Doing so captures the both moments of death-by-asphalt and insane combos that can occur at any time, saving them as GIFs for easy sharing. It’s a nice touch that works to not only capture your skateboarding misery, but also memorialize the occasional combo.

Proc Skater 2016 and I got off to a rocky start. At first, I was annoyed by the game’s clunky controls. They felt unnatural compared to the simplicity of my daily skateboarding routine. After a few sessions, the game’s absurd stunts grew on me. I found myself whipping around different parks, twisting and contorting with pure glee. Proc Skater 2016 is an uncanny take on skateboarding, but just like its real-world counterpart, it still managed to let me have some pure (if not chaotic) fun for a few hours today.

Proc Skater 2016 is available as a pay-what-you-want game on Itch.io. All proceeds go to the Southern Poverty Law Center. You can check out the other games created during the Procedural Game Jam here.