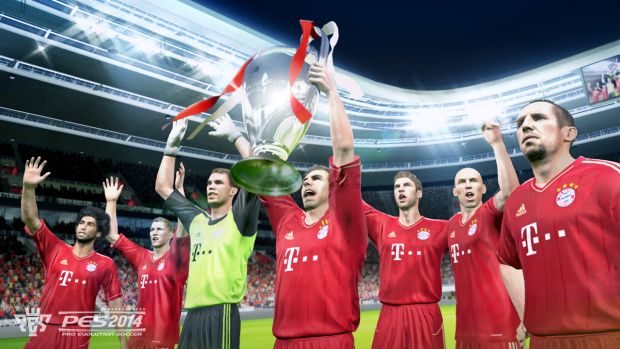 For North, Central, and South America

Rejoice, soccer fans! Pro Evolution Soccer 2014 will be out on September 24 in North, Central, and South America. I’m not one for sports games typically, but I do want to see how PES 2014 performs thanks to it being the first game to utilize the new FOX Engine from Konami. That Metal Gear Solid V: The Phantom Pain trailer blew my mind at E3, so I wonder how good this soccer game will look.

For all of you fans of the series, there’s six new gameplay improvements you should be on the lookout for. TrueBall Tech gives greater control over players and the ball, Motion Animation Stability System simulates better bodily contact, Heart gives you mental attributes that can affect gameplay, PES ID replicates play styles, Team Play gives you variety in tactics with other players, and The Core faithfully recreates stadiums and other things.