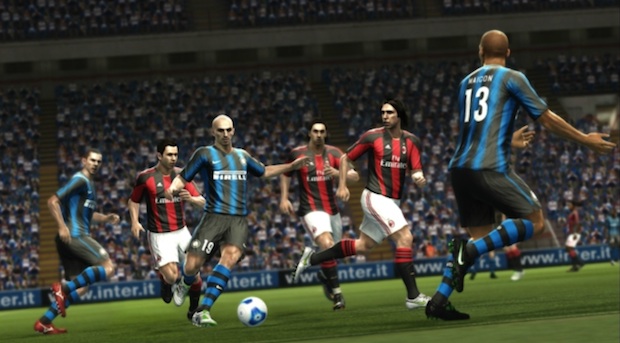 Konami has announced the first free update for Pro Evolution Soccer 2013, which improves the online portion of the game with new additions like a widget that serves as a shortcut to gathering friends for matches. Also, a new community mode has been added. It lets friends pick from a pre-determined list and lets you monitor their results. Finally, a match can be called at half-time now.

This downloadable update is free and available now.

In related news, a 2nd DLC pack that figures in team updates and transfers will be coming soon.