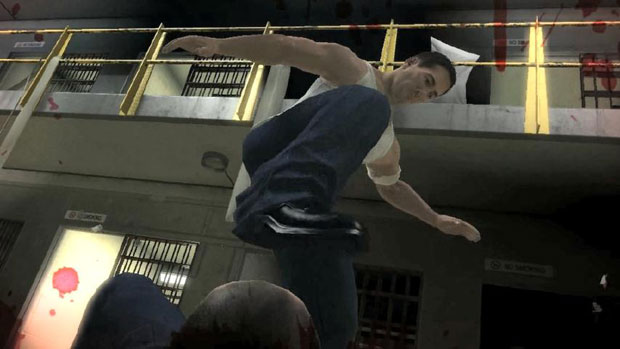 This Prison Break game has been a long time coming. Originally announced when the show’s popularity was at its peak, the title met a snag when its publisher, Brash, closed its doors.

Like a night in shining armor, Deep Silver has picked up the title, and — oh, my! — the game is actually coming out. As far as I know, this is the first time we’re seeing the game in action. Here’s what you’ll be doing in the game, from what I can tell: climbing on things; sneaking around; jumping on stuff; climbing on more stuff; some more climbing; punching dudes, and then stomping on some faces.

If this is the kind of thing that interests you, Prison Break: The Conspiracy is coming to Xbox 360, PlayStation 3, and PC in this spring.