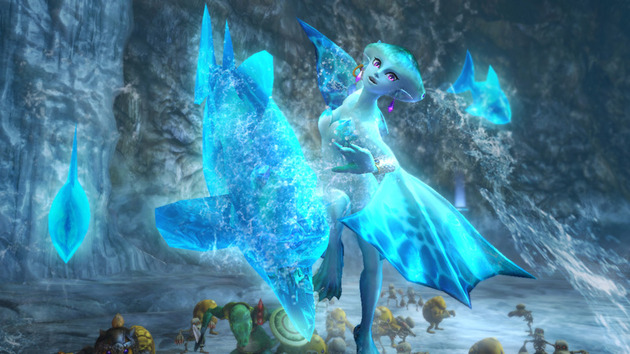 We’ve seen nearly every other character in action so far in Hyrule Warriors except for the newly announced Sheik, Darunia, and Ruto, and now it’s the latter princess’ turn to show her stuff.

Like Fi, her moves have a bit of grace to them, but Princess Ruto ultimately looks a lot more fun to play overall because of her aqua panache. Also, that laugh as she confidently smothers enemies in water.