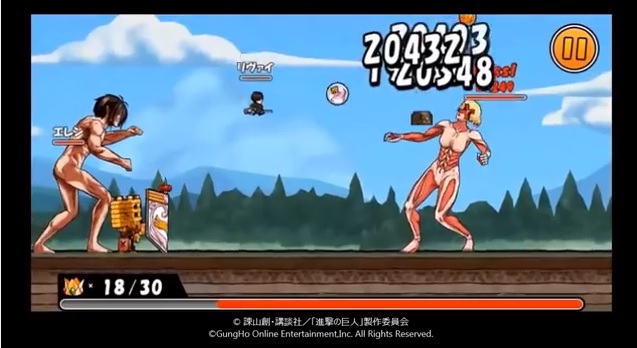 In case you haven’t heard, the developer behind Puzzle & Dragons has crafted an Angry Birds-like game with RPG elements called Princess Punt. You’ll control the titular hero as she attempts to slide into enemies and push them away, castle defense style. But apparently starting this week it’ll also feature characters from Attack on Titan — only in Japan, of course.

Based on the trailer it seems to feature the Female Titan, as well as the Armored Titan and the Colossal Titan — which you’ve probably seen from the promotional material. Hopefully it’ll make it westward!