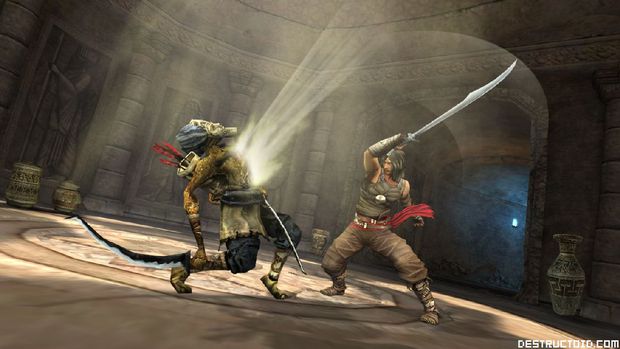 Ubisoft has revealed the Wii version of Prince of Persia: The Forgotten Sands today and it looks… wow. That looks really good!

The publisher points out that this “built entirely from the ground up” version of the game “utilizes advanced technologies to deliver a smooth, clear, and impressive graphic experience on the Wii.” By “advanced technologies” it most certainly means “magic,” right?

Shacknews has confirmed that Prince of Persia: The Forgotten Sands will hit retail for all SKUs, including PlayStation 3, Xbox 360, PC, PSP, and Nintendo DS.