This weekend was the one and only WonderCon, the San Francisco-based little sisterto San Diego’s insane Comic-Con International. One of the great things about WonderCon is its timing. It takes place during the first week of April, which is the perfect time for all the hype and hubbub for the big upcoming summer blockbusters. One of the biggest movies coming out this year is Prince of Persia: The Sands of Time. Yep, it’s another movie based off of a videogame — but with the backing of Disney and Jerry Bruckheimer, the acting chops of Jake Gyllenhaal, the writing of series creator Jordan Merchner, and the directing skills of Mike Newell, there is more than a fair share of excitement for the title.

So that brings us to WonderCon, where Disney paraded out the stars and team behind the film. We were able to put some questions to these figures, as well as take a peek at some scenes from the movie. While it doesn’t look like the next cinematic masterpiece, what was shown clearly declares that Prince of Persia is going to be a very exciting and over-the-top film. 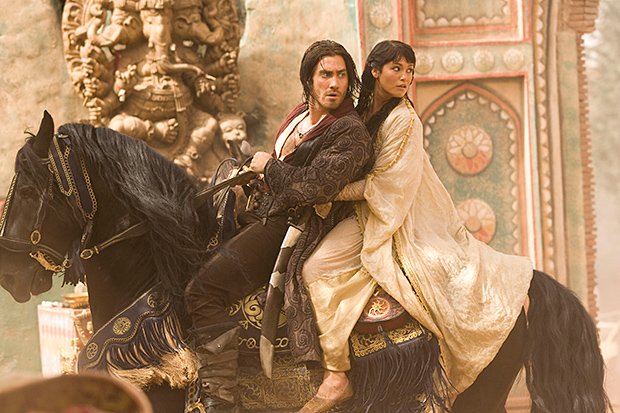 Two scenes were shown, both of which highlighted important elements of the film: free running and time control. Just like the original Sands of Time game, Jake Gyllenhaal’s character, Prince Dastan, will be leaping and flying all over the place, and using the Dagger of Time to fix his stupider mistakes.

The first clip was a scene of Prince Dastan helping siege the city of Alamut. It’s a burning sixth-century metropolis, so the logical thing to do would be to enter the city from the back. Dastan, free-running pro that he is, does insane stuff like using a pole to vault halfway up a wall. At that point, an incredibly capable archer shoots bolts into the wall at the exact time and place that Dastan is reaching out to grab it. Yes. It is insane and impossible, but when he’s leaping through puzzling contraptions and pulling levers and flipping out, the film really does look a lot like the game. The end of this scene was Dastan’s successful opening of the back gate; there, he poured flaming oil in front of enemy troops, battled one specific soldier and discovered the dagger.

Impressions of this? Well, it blends action-adventure acrobatics with over-the-top excitement. Nothing was really possible in real life, just like the game, but it certainly made for thrilling viewing.

In the second scene, introduced by director Mike Newell, Dastan discovers the powers of the sand. He and Tamina (Gemma Arterton) are chilling beside a fire when she starts to make smooth moves on the prince. But then she attacks him, trying to get hold of the dagger. Panicked, Dastan presses the end of the hilt, sending him back in time. He does this a couple of times in an almost slapstick fashion, each time looking incredulous when he rewinds time and Tamina repeatedly tries to attack him. 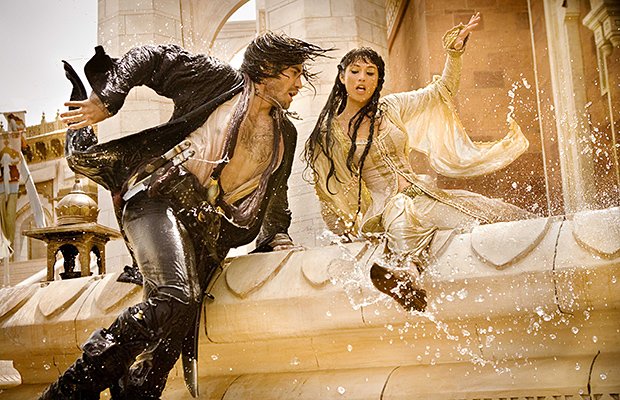 Honestly, it is the crazy CGI that really looks the coolest in these scenes. The time-warping effects actually make the prince sort of look like the Dark Prince from Two Thrones, as the sand dissolves the wielder before sending him a short time back. From the trailers that we saw, it seems that this will be an effect that is used a lot.

From these scenes, I would say that the Prince of Persia movie is going to be very exciting indeed, and hopefully very entertaining as well. This is purely a popcorn flick, but it might change the standards of videogame movies.

Now, that brings up an interesting point: it is pretty clear that those making the movie have a good deal of respect for the game. Gyllenhaal mentioned that he actually grew up playing the original games, and Bruckheimer promised that “we wanted to capture the characters of the game.” Gyllenhaal, who wanted to do most of his own stunts, worked hard to practice the skills of free running, and tried to really embody the game character. “I know how important the game is to people,” he said. When asked about muscling up for the role, he had a genial attitude: “It was so much fun. You get paid to get in shape and get tanned.” When an audience member plainly asked him why he was doing such a mainstream film after such roles as Donnie Darko, he simply had this to say before laughing: “Well, all my peers seemed to be getting into it, and I thought I’d try my hand.”

Now we just have to see how the film turns out come this May. While many gamers are jaded on the prospect of another terrible videogame-to-movie transition, it is interesting to see if this one could be the film that breaks the standards set by previous titles.