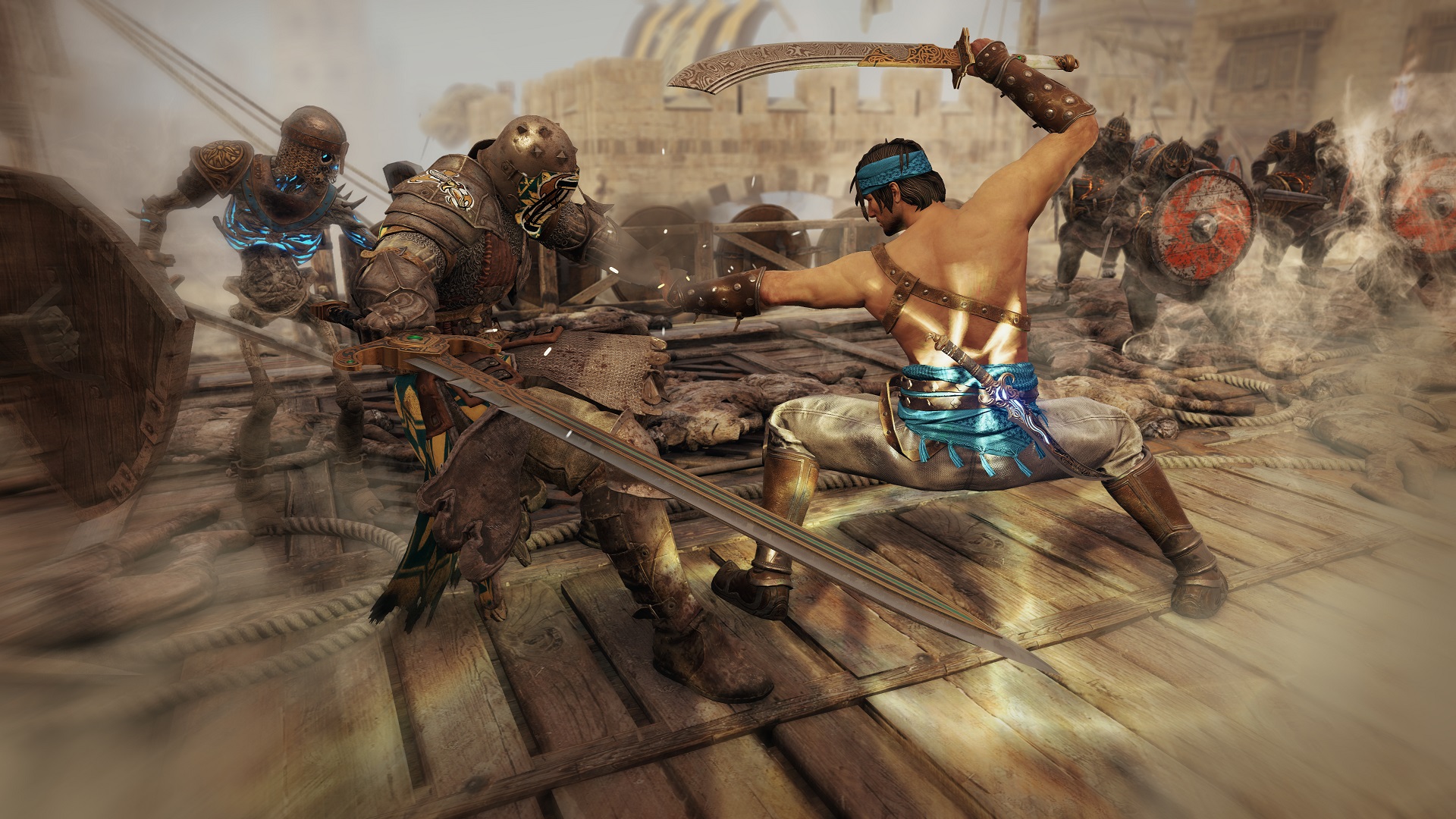 The Dark Prince shows up next week

Ubisoft knows people want Prince of Persia, and 2020 is all about delivering on that front. Last month, we got word that there’s going to be a VR escape room built around the Sands of Time. Now, the prince is back to swinging his dagger around and murdering skeletons.

The catch? It’s all within For Honor. Ubisoft has introduced a limited-time mode to For Honor that crosses over with Prince of Persia. Called “Blades of Persia,” this three-week event’s main draw is the new “Ruler of Time” mode. Ruler of Time is a twist on Dominion that takes place on a reskinned Harbor map where there’s a tornado in the middle and sand monsters all over the place. The prince occasionally pops out of the whirlwind to kill whatever’s in his way.

There are plenty of unique rewards for playing the Prince of Persia mashup. Ubisoft mentions outfits based on Ratash and Sandwraith, a Blade of Fate execution, and other customizing options like themes and emblem outlines. There are also 26 new weapons to loot.

This is only the first part of Prince of Persia‘s excursion into For Honor. On March 19, there will be yet another new game mode as “the prince [embraces] his evil roots, [and] eventually [transforms] into the Dark Prince.” We only have to wait a week to see what that’s all about.

The optimist in me says this has to lead to something bigger. All this sudden interest in a long-neglected franchise has to be in service of a revival of sorts. The cynic in me says this is probably the best it’s going to get. A VR room and a crossover promotion in For Honor are the extent of this prince’s kingdom. Those two sides are at odds with one another, and I don’t know which one has the best chance to be proven right.