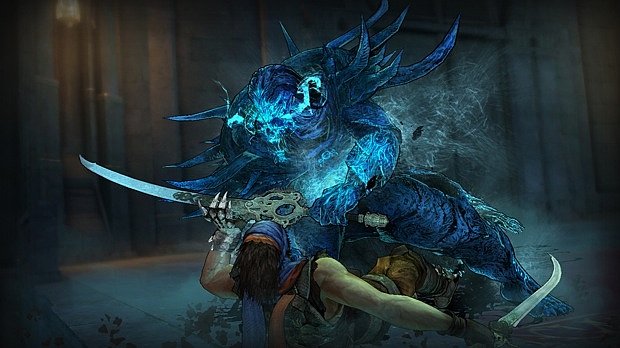 Ubisoft kept the release date this time. After an odd delay, it’s my pleasure to tell you that Prince of Persia’s ‘Epilogue’ downloadable content is available for download. You can get it through Xbox Live Marketplace for 800 Microsoft Points or the PlayStation Store for $9.99.

As a refresher: The DLC, as the name implies, picks up right where the main’s story concluded. You’ll need to work with Elika to clean up a new area called The Underground Palace. It’s more challenging than disc’s content and offers a small twist on the gameplay. A new enemy, new power, new attack and new skins come with the package.

Hit the break for the press release that goes into detail with what you get and check out the gallery for some sexy screens. It looks hot; I’m downloading right now.

San Francisco – March 5, 2009 – Today Ubisoft announced Prince of Persia® Epilogue Downloadable Content is now available for download from Xbox LIVE® Marketplace for the Xbox 360® video game and entertainment system from Microsoft for 800 Microsoft Points and from PlayStation®Network for $9.99. The Prince of Persia Epilogue continues the story of the Prince and Elika with a brand-new epic adventure. Game features include: