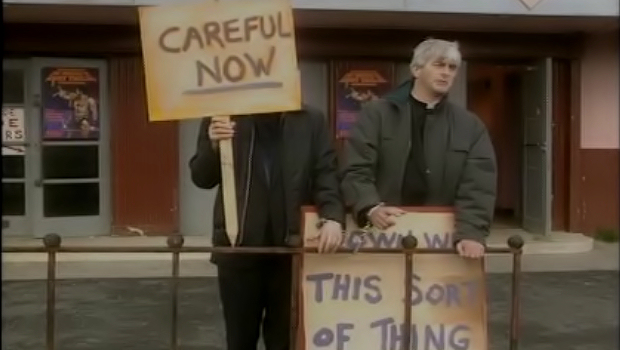 A catholic priest, doing his bit to fulfill every negative stereotype about his fellows, recently sold a Nintendo DS and forgot to remove the child pornography that was stored on it. This classic goof led to an investigation, in which photographs of naked boys were found on his computer.

“Well those aren’t adults,” accepted Bullman. He argued, however, that the images only appeared while he was searching for other types of naughtiness. Let me just say, from personal experience, that you won’t find anything but hot, legal, man-on-man action if that’s all you’re looking for. I find it hard to believe it was a mistake, given the rather clear distinction between children and grown, muscular, toned, beautiful men.

He’s charged with felony sexual abuse of children, in any case.

Sorry, Nintendo fans, your favorite handheld sucks for looking at perverted illegal filth. This priest is an idiot as well as an “alleged” pedophile. What a horrible person.