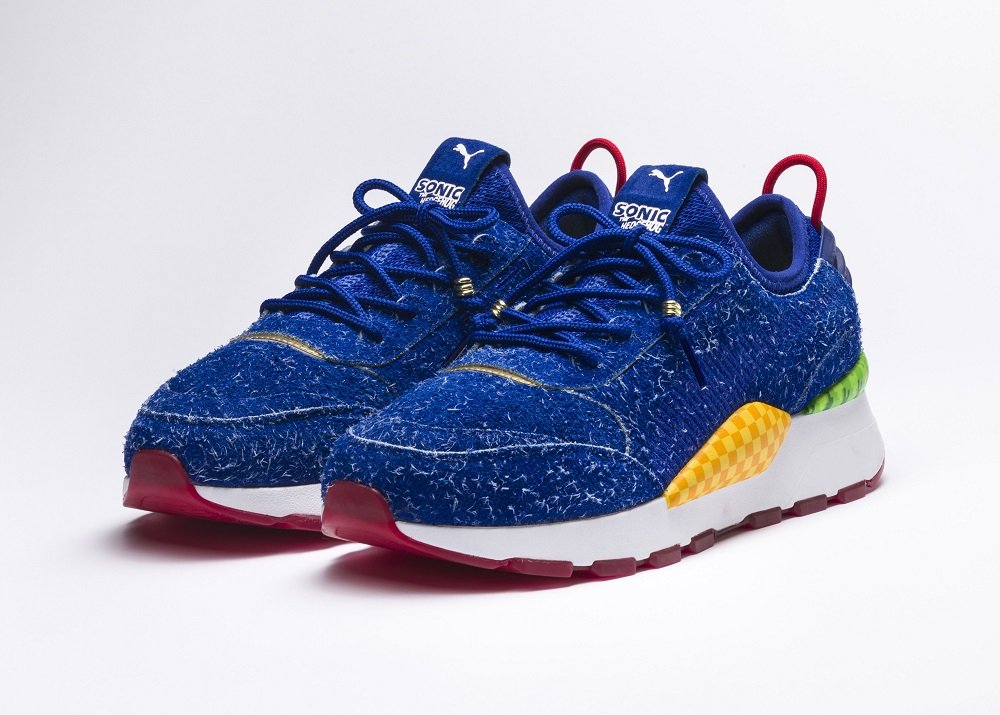 Back in March, we reported on a range of Sonic the Hedgehog-themed sneakers that were being designed in a joint collaboration between Sega and Puma. New details have emerged on when and how you can get your hands on a pair of these bad boys.

The Puma x Sega RS-0 Sonic and RS-0 Dr. Eggman shoes will be coming to shelves worldwide on June 5, at a cost of around $130 a pair. Both designs feature unique schemes based on their respective characters. Sonic is rocking a sleek, fuzzy, blue look with nods to Green Hill Zone, while Robotn Eggman goes for a sharp red and more “industrial” effect, in keeping with his technological misdeeds.

Although it isn’t made clear whether these shoes will indeed make you “go fast”, Puma will probably find success shifting the footwear to franchise’ fans and collectors. I’d look a total prick in them, if I’m being completely honest. But the same could be said for me in any fashion. I’m not on fleek… You do still say “on fleek”, right?