In praise of Prey’s finer details

There’s no shortage of danger lurking amid the corridors of Talos 1. The massive space station, which makes up the majority of Prey‘s environment, is in a state of chaos. Shadowy aliens threaten protagonist Morgan Yu’s safety at every turn, and rumblings of a conspiracy rattle around every decaying hallway, subtly urging the station’s few remaining survivors to question everything they see.

But the biggest threat to Talos 1 is hidden in plain sight. It’s been there for a while too, long before Prey even begins. Before mimics and shimmering aliens beset upon TranStar’s orbiting offices, a much more human issue existed. High above Earth, on a space station where anything seems possible, it’s the slow-burning malaise of corporate boredom that plagues TranStar’s employees.

Prey is a game with an eye for detail. Almost every object that Yu come across feels deliberate. Large metallic containers tease observant players by showing just a sliver of a shortcut, hinting at alternative — and potentially safer — routes through Talos 1. Jammed doors and barricaded windows allude toward progression (and eventual backtracking) by implying that sooner or later, players will find a way to access the cache of supplies they so desperately need. To play through Prey is to wander through a space station so carefully constructed that even its destroyed elements have a purpose.

And that design sensibility stretches further than strategically placed assets. Talos 1 isn’t just a floating research center in the throes of anarchy; it’s a place where hundreds of people work and live for long stretches of time. Prey‘s environmental design revels in this notion, mainly by littering personal effects everywhere throughout the station. Most, if not all, of these objects, are entirely optional collectibles; both significant and innocuous belongings left behind during the commotion of an alien invasion. But taking the time and examining them adds an emotional and human weight to the corpses of each one-time TranStar employee Yu finds throughout the game.

There are little pieces of workplace rebellion and inter-office romance hidden under the player’s nose. Secret messages of longing and admissions of guilt are tucked away behind password-protected computers. Rich details about the lives of TranStar’s employees color the entirety of Prey, adding implicit story arcs and gripping interpersonal vignettes within the confines of an already compelling game. 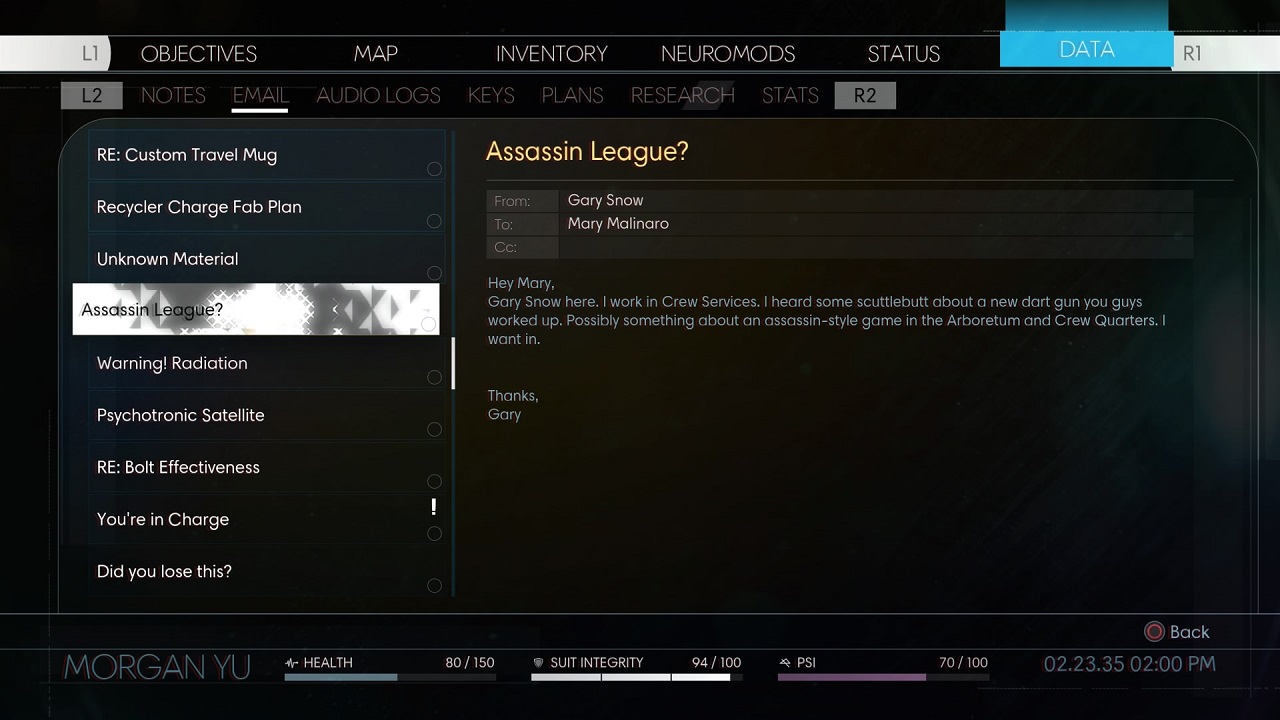 Take, for example, the Huntress Bowcaster. It’s a harmless “weapon” that players can find a few hours into Prey. The Bowcaster has a few situational uses — like opening distant doors with its soft-tipped foam darts –, but the story behind its creation is far more interesting than the toy itself. Players find the Bowcaster in Talos 1’s Machine Shop. It’s nestled near a Recycler (which breaks down compound materials) and a Fabricator (a 3D printer that uses raw materials). Just by its initial location, players can glean that the Machine Shop employees — likely a hardy, creative bunch — must have had a bit of free time on their hands, going so far as to create a silly toy to liven up dull moments.

It isn’t just the location of the Bowcaster that illustrates the kind of people TranStar’s employees were. Near the dart gun is a memo discussing a company-wide game of “Assassins.” It’s a simple, throwaway detail that can be glossed over without a second thought, sure, but it’s also a smart piece of flavor text that adds context to something players never really see first hand — daily life on Talos 1.

As the game progresses, so do the flashes of personality. The Crew Facilities building is jam-packed with tangible evidence of life outside of Earth’s gravitational pull. Players can travel through the staff’s dormitories, visit the ship’s impressive theater, and view the remnants of a multi-floored recreation room. There’s life in this section of the space station; even it’s in miniature. 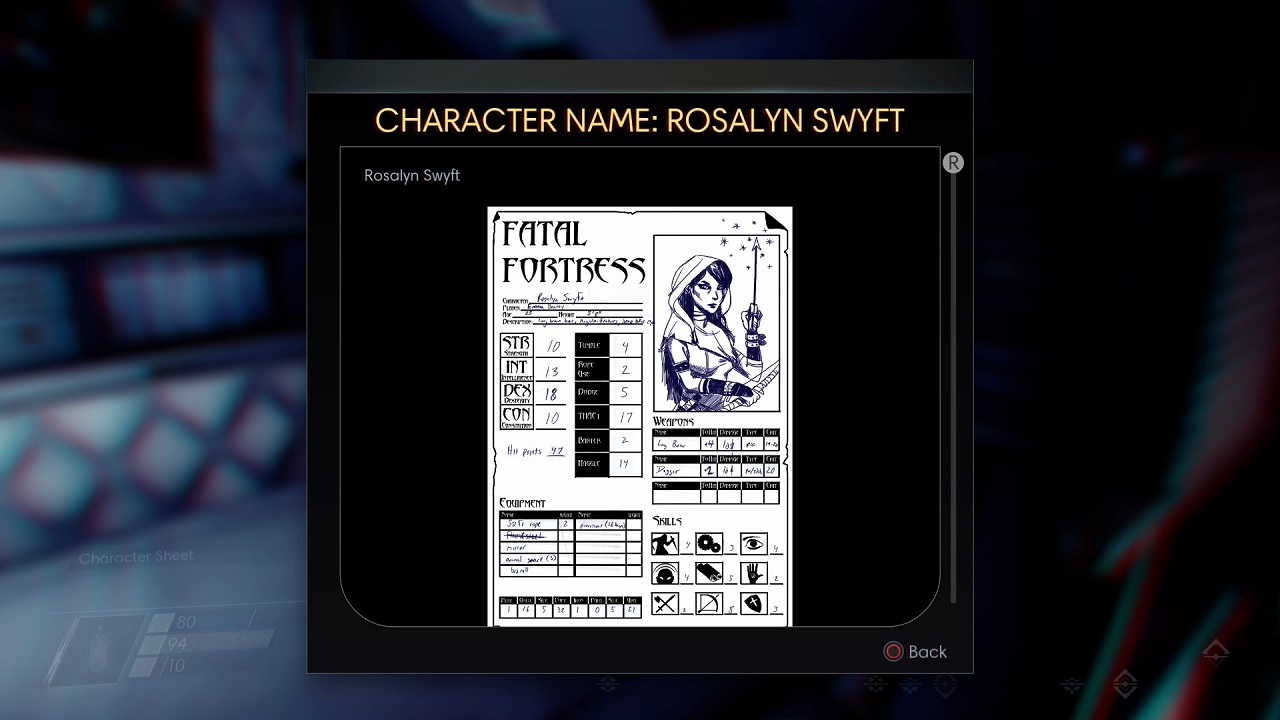 The rec room and nearby housing accommodations provide a glimpse into unguarded, personal moments between staffers. A massive wooden desk plays home to a tabletop role-playing game, complete with character sheets, a dungeon master’s guide, and an audio log detailing all the trappings of an RPG campaign: stupid character names, endless bickering, and confusion about the rules. Again, the whole scene has no bearing on Prey‘s overarching story, but it shows that in the game’s fiction, people will still band together to escape the tedium of work. Even in the cold silent darkness of space, human warmth and interaction keep people going. Compared to the bleak state of Talos 1 that Yu experiences, snippets of life before the shit hit the fan are especially poignant.

Immersive sims are known for their systems-focused gameplay. They’re designed to incorporate a wide breadth of playstyles. But in Prey‘s case, it’s the humanity the drives the game forward. Even though many of Talos 1’s residents are dead and gone, the countless personal touches they’ve left behind make for a game that feels lived-in and unforgettable.