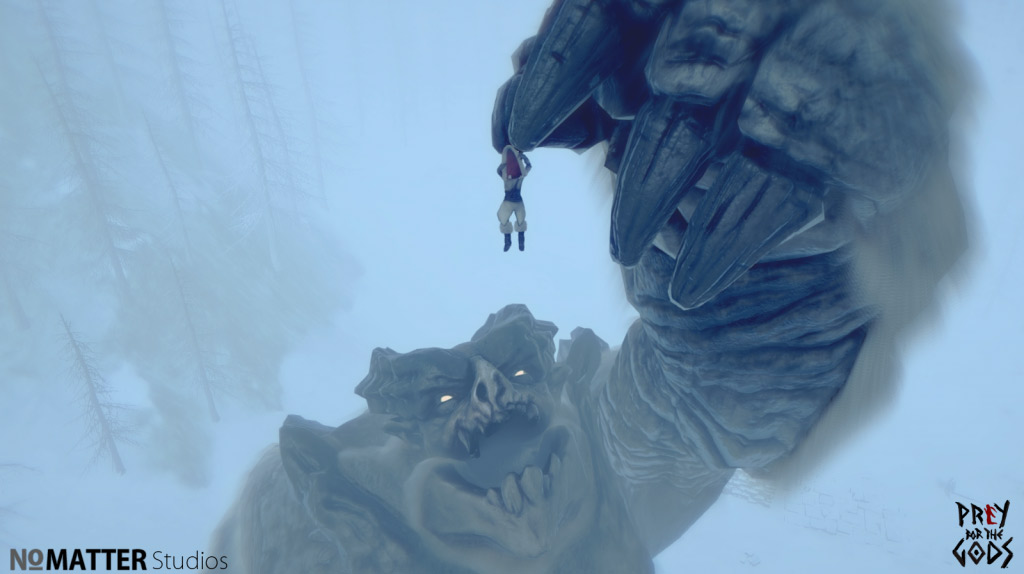 Targeting a December 2017 release on PC

Whatever happened to Prey for the Gods? Why, it’s right here on Kickstarter. Ice to see you.

Conceptually, this frigid boss-climbing action-survival game hits the right notes for me. I’ll be anxious to see if the project can secure enough money to live up to what the developers are aiming for, because the minimum $300,000 needed to move forward seems low, even with a small team.

That said, No Matter Studios is making some smart choices with respect to the budget and the production schedule. The plan, with the base funding goal met, is to launch on PC with five bosses in addition to “intense survival-based action combat, dynamic weather, and non-linear game play will give players a great experience at a fair value.” Major content additions funded through stretch goals like extra bosses or potential ports to Xbox One or PlayStation 4 would crucially come after the PC version.

The developers started working on Prey for the Gods full time, on savings, in January of this year. With the Kickstarter now up, the team estimates it is about “25% of the way in development.”

Prey for the Gods [Kickstarter]