Upcoming PS3 and Vita title When Vikings Attack is nothing like what you’d picture in your head from the name. While there’s vikings in it, it really has little to do with the bearded Norse explorers or their funny little horned hats. In fact, this game is set in a cartoon-y, cell shaded England in the 1970’s.

Stay with me here. 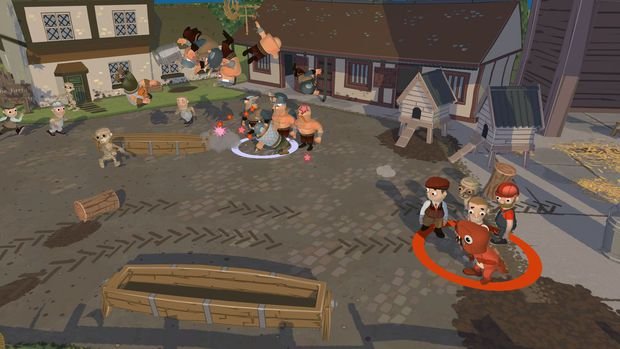 It doesn’t get much more simple than When Vikings Attack. In this game you’ll control a group of vikings, moving them around an inner city play map to pick up items and throw them at other groups of vikings in the hopes that you’ll knock some of their guys out. The last standing group out of up to four players wins.

The control scheme is also quite simple: the left analog stick moves your group, the X button dashes, and the square button lets you pick up and throw items. What items? Well, just about anything your group comes in contact with in this city setting, including boxes, signs, cones, trash and even Stonehedge pillars. There are a few special items that, when thrown, let you do things like steal vikings from another group, but it’s mostly just chaotic throwing of anything within reach to see who comes out on top before time runs out. 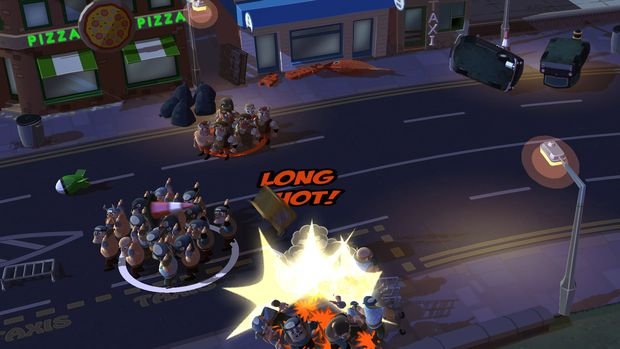 In Vikings it’s all about finding something to throw and then getting the hell out of the way before something else comes back your way, bringing me back to four-player sessions of Bomberman. The action is just as quick, but it’s more of a free-for-all as there’s no maze to bomb your way through.

That said, don’t expect to just freely stroll around 1970’s England with your vikings as there are plenty of obstacles to deal with. One of the versus mode stages I played with a few others took place in an intersection where traffic was constantly moving through. Getting hit meant losing vikings in another way, forcing me to dodge both traffic and incoming throws. It also taught me that I could rope in innocent pedestrians to add to my group. 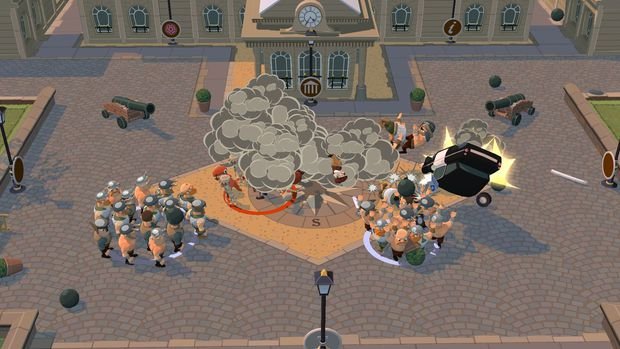 When Vikings Attack is going to be a great party game when it drops on PS3 and Vita later this fall, with its four-player online/offline support and quick gameplay. Gamers will appreciate that one price gets them both the PS3 and Vita versions of the game on the PlayStation Network, and they’ll likely also appreciate that the price should come in somewhere around $12.99.