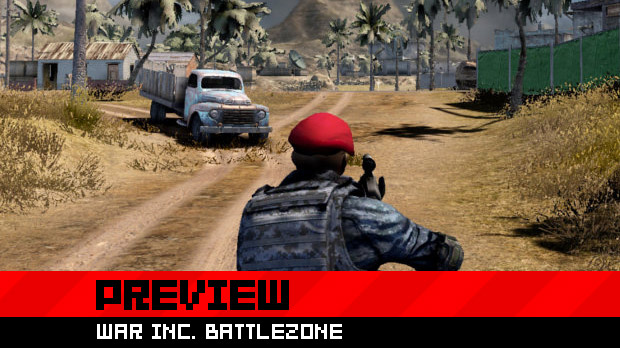 Steam has recently started to add some free-to-play titles to its lineup, and War Inc. Battlezone is the newest addition.

This third-person shooter is off to a rough start with its beta having problems like server lag, bad hit detection, and some weird collision problems. Thankfully, the developers are quick to provide solid patches that address these issues. And thanks to it being available on Steam, it also has a strong player base, which means you’ll always be able to jump into a quick match. 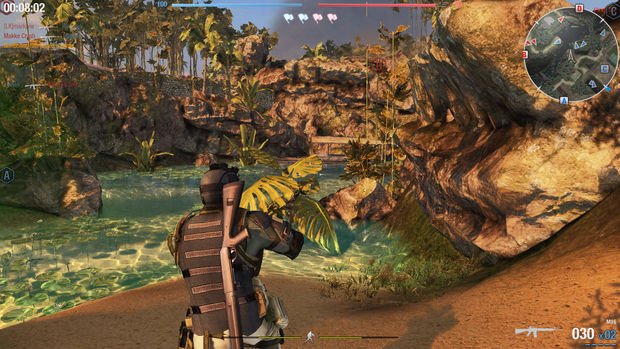 When I first saw this game go up on Steam the other day, I thought “Oh dear, another free shooter.” I decided to check it out, and after a rocky start, it’s not actually that bad.

It’s a fairly standard third-person shooter. It doesn’t do anything fantastically new, and it includes all of the things that you would hope to have. It has point capturing and deathmatch game modes, weapon unlocks, perks, and persistent player leveling.

You gain levels as you play the game, and you’re awarded XP and money based on your performance as you play. Each action in game has a fixed reward value, so things like headshots, capturing points, kill streaks, and even winning matches will all help you progress. You level up pretty fast too, so for the first seven to ten levels you’ll level up after every match that you play.

Every level you gain a skill point, which you can use in several different skill trees for benefits like faster movement speed, better armor, or more hitpoints. 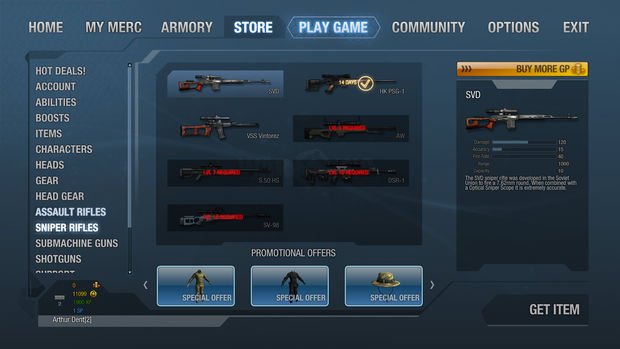 The in-game currency can be used to buy weapons and gear. If you unlock something with the in-game currency, you only have that item for one day, or seven days — if you want to spend more. While at first this might seem like a bad thing, it makes all of the items cheaper. After playing for an hour I had enough money to buy a gun that I liked and some other sweet gear. I didn’t feel like I was stuck with the crappy starter kit.

Speaking of crappy starting gear, this game has some really crappy starting gear. My M16 felt more like an Airsoft gun, and my only way of killing people was to bruise them to death. Seriously, it shouldn’t take three shots to the head at ten feet away to kill a person.

If you want to own things forever, or if you want a premium cosmetic item like a red-floral shirt, then you can spend gold points. Gold points are a premium in-game currency that you can earn slowly as you level up, or you can buy with real-world money. You can also unlock extra loadout slots, change you gamertag, reset your kill/death ratio, and add perks to your soldier using gold points. You can access all of this stuff without spending a dime if you play the game long enough. Playing for completely free seems like a very viable option to me, and I didn’t feel like I needed to spend money in order to compete. 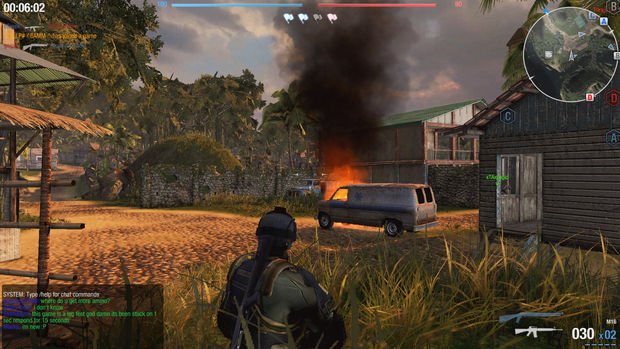 The matchmaking works incredibly well. All I had to do was click on “Play Now,” and I would play now. Even Battlefield: Bad Company 2 still can’t get this right, so it’s good to see this feature work for a change. I have never had to wait at all to jump into a match, and that’s a huge selling point for a multiplayer game.

Upcoming features that aren’t included in the beta yet are leaderboards, friends, clans, and daily challenges for increased XP and money.

It’s a beta, so it’s buggy. If you don’t want to play a buggy game, then don’t join a beta. It’s getting patched every day with bug fixes and tweaks to balance gameplay.

Graphically speaking, it looks a little dated, but it didn’t cause my eyes to bleed. It’s somewhere between Counter-Strike and Call of Duty 4: Modern Warfare.

War Inc. Battlezone is not perfect, and I’m sure the die-hard Call of Duty players will find it to be completely awful. It’s fun, it’s free, and it’s on Steam. I can see it being a good pick-up game for Friday nights, or something you want to check out if you’re bored with another shooter. It needs some time to get the bugs ironed out, but if it keeps up a strong player base then the game could be a great addition to the growing free-to-play scene.