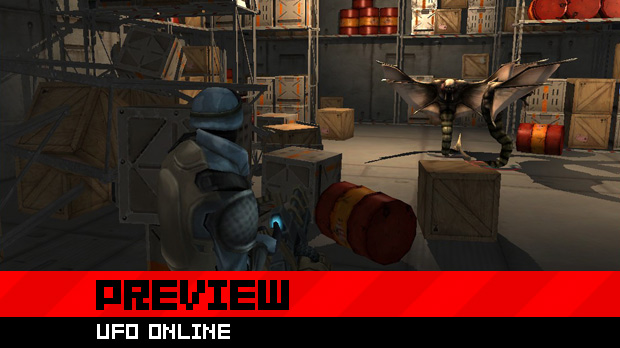 In the upcoming browser-based free-to-play game UFO Online, humankind has apparently never watched V. Aliens have “come in peace” and subsequently it turns out they aren’t peaceful, but only a few resistance groups have pierced through the lies and are taking up arms to fight the aliens all over the world.

As you probably already guessed from the name, this is an X-COM styled free-to-play game. 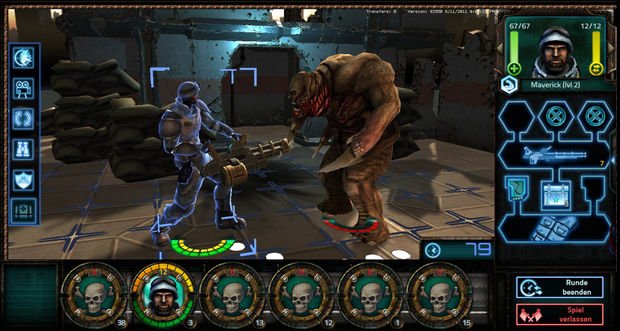 All the usual X-COM elements are here, and more. Turn-based combat, hit percentages, telling a unit to guard a location at the cost of next turn’s movement, customizable characters with their own skills and weaponry, a base to upgrade and manage, and an overworld map of the Earth to select missions on.

You pick one of three resistance factions at the start and each faction is vying for regional control on the map, fighting both one other in PvP and aliens in PvE. Every time your faction completes a mission, it gets added to the faction strength in that Territory, and every week this strength level gets recalculated. Whoever holds the a territory will get bonuses and access to a black market for special items, so your faction had better do its job. 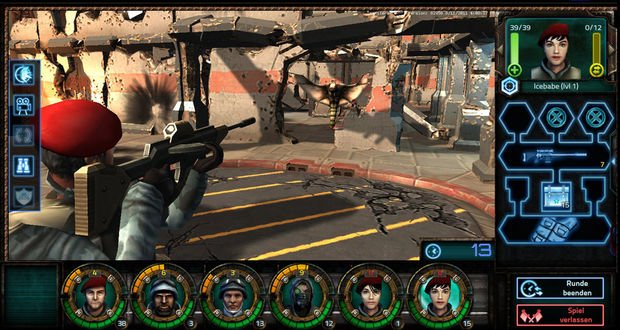 The base is split into five rooms for storage, an infirmary, a barracks, a lab to craft items in, and mission control. In the barracks, you can configure your characters, who all have their own classes and skills to benefit combat. A scout won’t last long but he’s fast and silent, and he can pick up enemy sounds to detect them at a longer range than the slower, noisier, but more powerful heavy weapons specialists.

Your character’s skills are affected by sliders for things like damage, armor and aggro, so you can play around with these to tailor each unit to fit a role of a long-range support character or an up-close-and-personal tank, depending on your class.

By combining this system with weapon stats, you can at least make sure your units have a proper chance to hit anything. Weapons come with a hit percentage graph depending on the distance, so if you want to get into this level of micromanagement, you can. 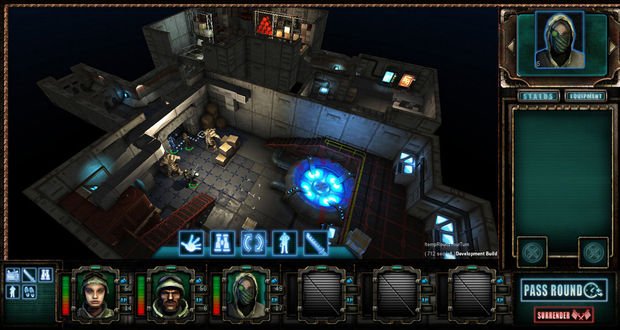 The F2P elements seem pretty manageable as well. Incapacitated units will take time recovering in the infirmary, which you can speed up by spending actual dollars. Likewise, you’ll mostly spend any real cash to speed things up rather than being at risk of becoming outmatched by paying opponents.

As for the combat, most of these screenshots are a bit more “cinematic” in nature but you still play it from a top-down perspective. Thanks to Unity 3D you can rotate and zoom in wherever you want, though, and you only need the plug-in for the engine whenever you get to the actual combat parts; if you just want to manage some stuff on another computer, you won’t need to install anything.

Like Jagged Alliance Online, UFO Online is a F2P take on a classic PC strategy game that you can soon play online at work. What better way to spend the time between writing angry posts about how XCOM is not like the first two games?