I’m not an athletic person. To me, exercise if the farthest thing from fun, and exhausting myself half to death is akin to self flagellation. Even the never-changing world of sports is something that I find quite uninteresting. But that doesn’t mean I don’t respect and admire the effort and hardship required to be great at any physical activity. Unlike the mongoloids who make the vacuous (and overdone) claim that cage fighting is “homoerotic,” I commend professionals of the sport for doing something that I have no problem admitting I wouldn’t be able to do…ever.

Which is why games like UFC Undisputed 3 are just as meant for people like me as they are for fans of the sport, and for two very important reasons: Gamifying anything makes it easier for dunderheads like me to learn, and I love to pretend like I have the ability to beat the holy sh*t out of almost anyone. I’m a bit of a pansy and don’t know a thing about UFC, so games like these are great for people like me. 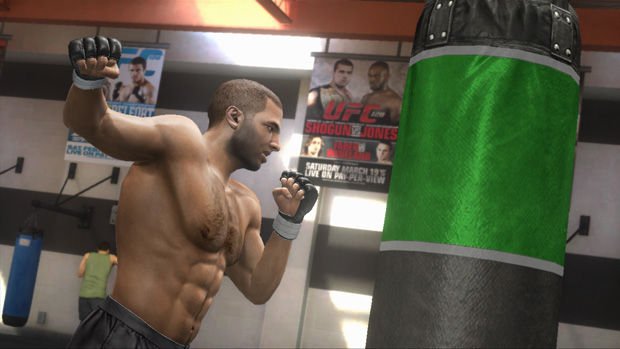 Like many other career modes in individualistic sports games, players will start their journey at the bottom of the barrel. After creating their own fighter, they’ll train in the game’s basic controls (and basic strategy of the sport) and partake in several local bouts before entering a professional league and facing off against known fighters. Players’ professional careers won’t just span one organization, but several — from WFA to Pride — as they lay claim to the championship title of each league.

Before attaining complete fame and glory, though, players will hone their skills via training regiments and drills (unless you’re already good at this sort of thing). UFC Undisputed 3 features several new exercises to help refine those martial arts skills; fighters can jump into the practice ring for a traditional sparring match, touch up on specific jabs, punches, and combinations with a personal coach, or develop their reflexes through a number of simple mini-games . All of these training features not only provide gameplay instructions, but also teach newcomers the fundamentals of the sport, which makes for an enthralling experience, overall. 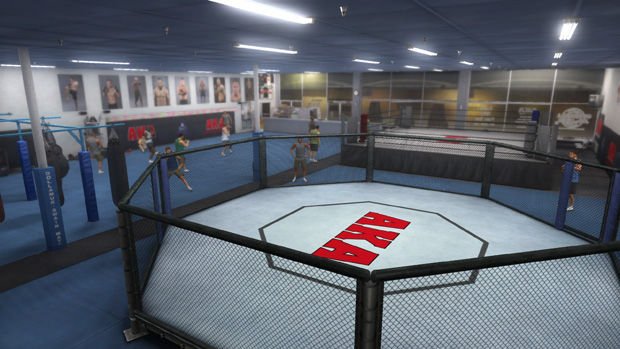 Speaking of which, another welcome addition to the game is the ability for players to attend six actual training camps, such as Greg Jackson’s, and even join one of their choosing. While I didn’t have much time to explore this, personally, I’m aware that these camps play a large role in the careers of professional  fighters, and UFC fan will undoubtedly get a kick out of having Greg Jackson rooting for them in their corner.

At times, I find myself surfing through YouTube videos of drunken bar fights and one-hit knockouts (don’t judge). I fancy myself an educated and “enlightened” man, but something about traditional fighting turns me into a barking ape and makes me think, “Fuck yes!” It’s as basic of a male emotion as I can muster, and UFC Undisputed 3 is yet another of those things that brings out my suppressed but oh-so-enjoyable primitive side.

As THQ presented the game in front of the press, two of the company’s community managers faced each other in an exhibition match. When one fighter got the other in a headlock and began to ferociously knee him in the face, I emitted a slight chuckle of amusement — loud enough to draw the attention of the game’s director standing close to me.

Every punch, kick, and slam is presented with the right sound and animation; brutal is a word that only barely describes how some fights turn out. The right blow to the face can even send fighters into a daze, encouraging a spell of panic as players struggle to block incoming attacks until the dizziness wears off. Continuous body shots will bruise and discolor ribs. Blood will splatter from one fighter onto the other. The whole experience can be pretty nasty, and I enjoyed every minute of it. 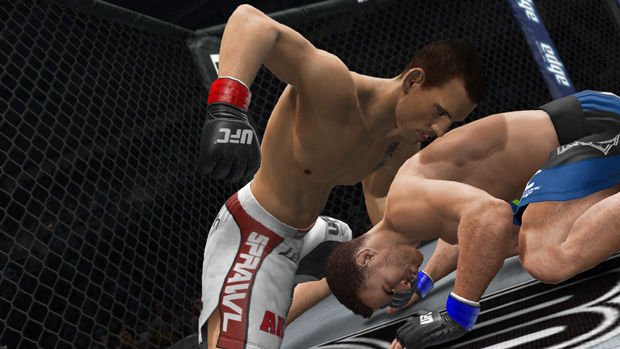 It’s arguable that the majority of videogames are masculine in nature and ripe with cheap machismo, but not many games indulge fighting for the sake of fighting. As THQ’s employees duked it out, and the observing press audibly stated their displeasure with each perfectly landed haymaker and high kick, it became abundantly clear that cage fighting (both real and in game form) appealed to some raw form of the average guy. I don’t think I’ve been this intrigued by something new in a long, long time.

I’ve always found it somewhat surprising that sports games have become so quantified; such a large aspect of the experience is about stats and averages. While such features are expected and commonplace in certain genres, I personally don’t want to play an RPG while I’m living out my athletic fantasies — especially if they involve turning my opponents into potatoes. Thankfully, UFC Undisputed 3 has toned down the numerical management.

Undisputed 3 gives players the choice to let the game automatically distribute skill points to their fighters, which means less time spent juggling numbers and more time spent redecorating opponents’ faces. If players do want to get deep into their fighter’s stats, the option is there, of course. But I myself am one of those people who often failed math in school, so I’m going to do myself a favor and avoid rekindling those memories of shame and disappointment. 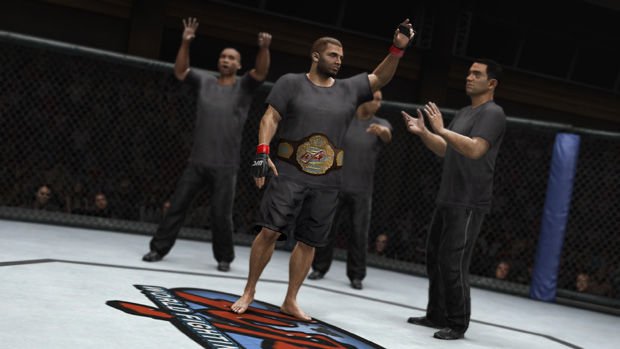 This automatic management option, on top of the removal of Stat Decay (which I’m assuming was meant to simulate a fighter’s aging process) creates a faster, more arcade-style pace that will surely be preferred by people who want to get right into the action.

UFC Undisputed 3 is shaping up to be the strongest in the series. With its tight controls, robust career mode, attractive graphics, and emphasis on action, fans of the series have a lot to look forward to, and newcomers will undoubtedly find something worth their attention.