I’ll admit, I’ve never had the burning desire to be a Latin American dictator. Something between the ten hour rants and the constant military garb is just off putting. However, it seems to be a fantasy someone has dreamed about, otherwise why would the Tropico franchise exist in the first place? So here it is, the third game in a series that encourages you to be placed in the shoes of your very own island dictator. Cute.

But let’s be real, Tropico 3 is a game not many of us would expect to see. It’s been almost ten years since the original island management sim put players in the role of El Presidente, the otherwise nameless leader of a small, Caribbean nation of Tropico. It’s been almost five years since the pirate-themed sequel, Tropico 2: Pirate Cove slipped into PC disk drives. Needless to say, it has certainly been long enough since the last time gamers last played on the island, and it’s interesting to see how this game updates on the original.

Before you go any farther, however, realize there’s a new team of developers taking the helm of Tropico. Publishing is handled Kalypso Media, a German-company taking strides into a new, American market; it is developed by Haemimont Games, a Bulgarian studio looking to branch out of their Medieval RTS games of the past. It’s interesting to see what a new studio can bring to the table. Hit the jump for my impressions. 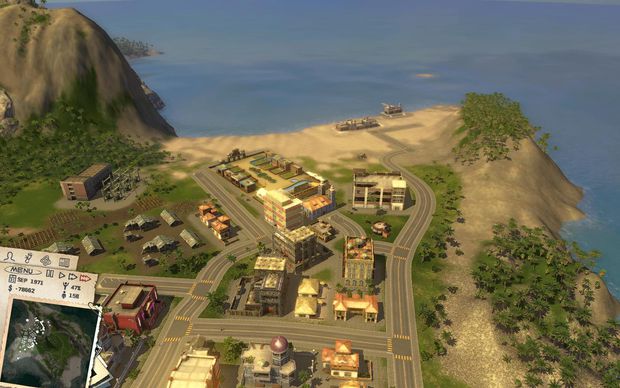 From what I saw, it looks like the direction being taken with Tropico 3 is that it’s more of the same. Far from a bad thing, you still get to play as the dastardly (or dashing) El Presidente of Tropico. You still work your way through a plot that centers on the Cold War through the 1990’s, and you still get plenty of tongue in cheek gameplay. Of course, it all centers around managing your citizens, your economy, and your personal goals as a leader.

A new feature is the personalization of your El Presidente. Sure, you could just pick real world figures, like Che and Castro (among others), but you can also create your own leader of this Third World nation. Right away, you can choose the gender and look of your avatar — remember, a colored sash and a military beret is always in fashion — and then you get some personality options. 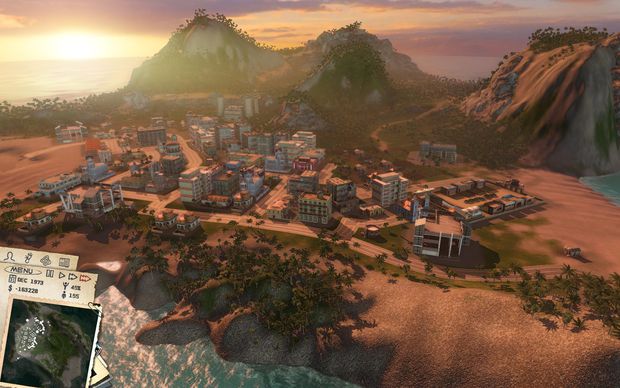 You can choose how you got into power, with choices that range from military coup to religious anointment, even CIA planting. This makes an actual impact on the game — for example, if you are planted by the United States, you’ll have an initial alignment with the United States. If you come in as a booze baron, rum sales will be a much more effective source of income for your nation. Other options to edit include positive traits your presidente could have, such as incorruptibility or a liberal environmentalist. He could be a religious thinker or communist idealist, and any of these traits will loan positive benefits to your island.

You also have to choose negative traits. This ranges to being a womanizer to farting too much, and these negative traits — which you will have to deal with — play an important role in your island nation.

Tropico 3 looks to play much like every other resource management sim you’ve played before, however, it looks like you have a lot more tools to work with. El Presidente can create speeches to deal with civil unrest, or to restore respect. He can institute socialized health care or same-sex unions, or he can crackdown on his population rule with an iron fist. Suspect that old grandma is going to try to start a revolt and storm your presidential palace after taking over your media centers? Place a hit on her. 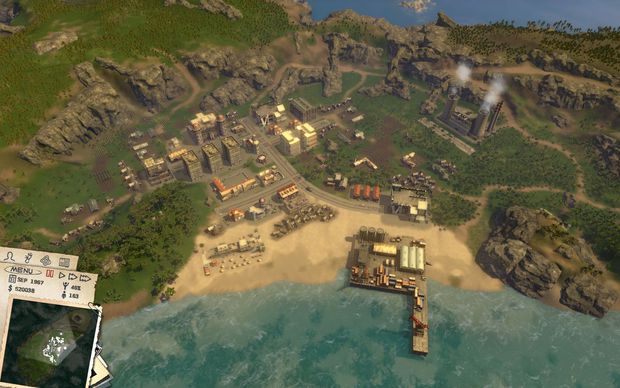 Find that your people want to increase education, health care, income, and entertainment, while reducing pollution and the slums? Build hospitals, schools, larger farms, casinos, zoos, churches, condos, mansions, and more than 70 different building types to impact the lives of your citizens.

That’s actually one of the neater things about Tropico 3: the pure volume of building types and events you can trigger. There’s a hierarchy of buildings and actions. For example, if you want the secret police, you need the normal police station, then a building like a pub to be the base of the secret police. Or, housing like the slums encourages pollution and an ugly vista, something the condos don’t.

The same applies to the actions you can make. Hosting a visit from the Pope is going to solve a lot of your religious problems, but anger your more secular citizens. Aligning with the US is only going to create a conflict with the USSR. If your political opponents are being a problem, just scoot up the elections, and winning should be easier. While it’s all tongue in cheek, the options in Tropico 3 are fairly realistic, and play out just as you would suspect in a highly-charged political environment. 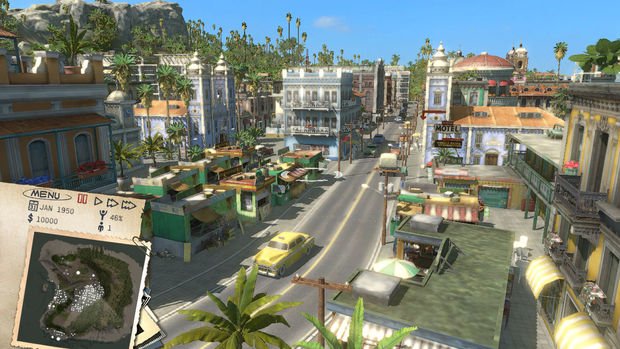 Graphically, it looks rather nice. Everything looks to be very clean, and the UI is very navigable. Once you get going on a major city, the game offers a rather nice looking urban tropical paradise. Zooming in shows that the team at Haemimont is putting a lot of minute details into the game. I saw this played on a laptop, which could lead one to believe that the system specs for Tropico 3 should be rather fair. The 360 version, which I did not see, is going to be a bit more streamlined. Instead of using menus typical to a sim game, the 360 version uses a wheel-based menu system, an image of which can be seen above.

Mode-wise, there is a campaign mode of 15 missions, a sandbox mode with different sliders determining the format of an island (which is randomized), and a challenge mode. PC users will be able to create challenges, and while 360 users will not be able to make their own, the better of the PC creations will show up for download. No multiplayer, however.

Ultimately, I’d have to say that Tropico 3 is certainly going to be a game of interest to people who liked the original game. As someone coming into the franchise with this entry, I have to say that the theme of Cold War island life is pretty unique, and the options to play anywhere from a sleazy dictator or a liberal green thumb is pretty unique. I liked the fact that although the game let’s you choose to play as any sort of person you’d like, the politics and actions you make might not be so sound. Leaving a game to tell you your personal political beliefs are wrong is always hilarious. Fans of the original should definitely pay attention for it’s late September, early October release.