Transformers: Dark of the Moon the videogame is a prologue to the upcoming movie and helps to setup some of the events and characters you’ll see in the upcoming Michael Bay explosion-fest. Now that developer High Moon Studios is in charge of the development, the controls and gameplay will largely be similar to that of Transformers: War for Cybertron.

You’ll have two main weapons, both of which can also be used when in the new Stealth Force mode which is where you can use your weapons while in vehicle mode. I actually found myself staying in Stealth Force mode the most as it got me through the levels a lot faster. A good thing, since the levels I played were pretty bland.

I also went through the multiplayer, which was surprisingly fun. 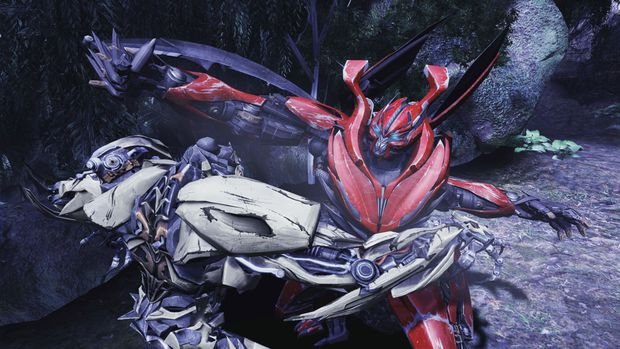 The first two levels I demoed saw me playing as Bumblebee and Ironhide — they had to repeal Decepticon attacks against humans. Basically, I was running around cities shooting at no-name Decepticons until reaching the end of the stages.

The third Autobot-focused level was a stealth section due to main character Mirage suffering some damage that leaves him without his weapons other than his blades. Because of this, Mirage has to slowly creep through the stage and try to take out enemies from behind. 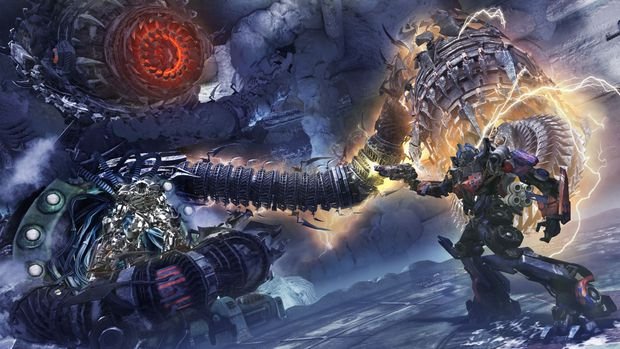 The final section I played saw me siding with the Decepticons as Megatron. He was badly damaged at the end of the last movie and this stage puts you in the role of the big bad robot as he’s slowly trying to rebuild himself.

Dark of the Moon will have you jumping between Autobot and Decepticon characters and the levels will be built around what makes each specific Transformer special. So, expect a flying-focused level when you play as Starscream, for instance. One promising level will see you switching between Soundwave and Laserbeak as they work together.

The basic formula of all the levels is that you have to mindlessly shoot at nameless robots until making it to the end of the stage where there may or may not be some kind of boss fight. The overall sections I demoed were fairly generic, but playing as Megatron was at least somewhat satisfying; I secretly cheered for the bad guys. 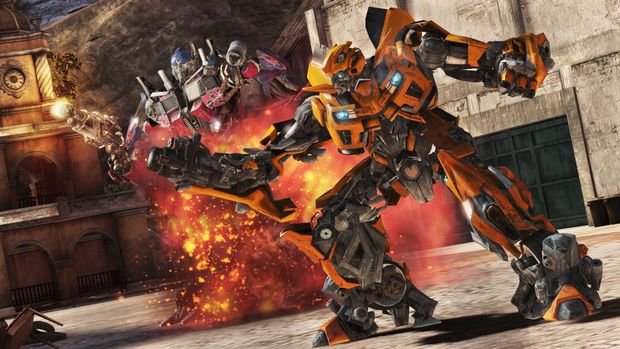 As for the multiplayer, it has a very Call of Duty vibe to it. There are the staple game modes, support for up to ten players, different classes, upgrades, abilities, leveling up and even killstreaks. There are four classes to choose from with each being associated to a specific Decepticon or Autobot. Scout class will include Bumblebee, Commander class sees you playing as Optimus Prime or Megatron, Warrior class features Ironhide and the Flying class features Starscream. There are other robots to play as, but none that High Moon or Activision wanted to divulge yet.

I definitely had a load more fun in multiplayer because I was fighting actual known robots and not dealing with waves of generic ones. Above all else, flying around as Starscream was ridiculously fun. I loved his transforming sequence, especially when I was getting surrounded by enemies. Battle getting too hot? Transform into a jet and get the hell out of there! Plus, the Flying class is basically like a sniper and I love being the sniper in any shooter.

Finally, I gave a quick test drive of Transformers 3DS and it’s largely the same as the big brother console versions, except you’re limited to only automobile and Stealth Force mode. If this were a car combat franchise then it would have been fine. But this is Transformers. The whole appeal of the Transformers franchise is that THEY’RE TRANSFORMING ROBOTS.