Another PlayStation machine is about to launch, and with it comes another Ridge Racer, of course.

The new installment for PlayStation Vita is somewhat of an oddity. I can’t remember a time when my opinion of a game had ever been influenced by the business model used to release it. Already out in Japan, and already taking plenty of heat in the West, Ridge Racer for Vita is a bare bones experience out of the box, as most of its content is planned to be released later on via download.

While at its core, Ridge Racer remains a solid racer, you have to ask yourself, how much can you enjoy a game when there isn’t much of it to enjoy? 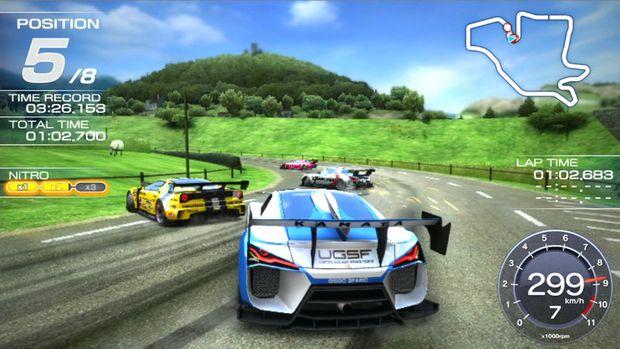 Ridge Racer on Vita is an interesting conundrum because, as I said, it remains as solid a title as past entries. Like previous iterations, Ridge Racer forgoes any notion of real-world physics, bringing instead its patented drifting mechanic. Drifting has always been the defining feature that separates Ridge Racer from other racers, and it remains equally important here.

Either you learn how to drift properly or have fun ending up in last place. It’s not too difficult, thankfully. By releasing the throttle and moving the analog stick in the direction you want to go, players can send their cars into impossible-looking turns to speed around tight corners.

This simplistic approach to drifting has served the series well in the past, and it works just as well on the Vita. It’s for the best to that the drifting is so easy to pull off, since mastering the mechanic is key to performing well. The tracks in Racer Racer emphasize this the most, since they are all built with their fair share of hairpin turns and sharp corners. The draft and boost system — and your effectiveness with them — also rely on how well you perform, since you need a good drift going before you can build up your boost meter or draft efficiently. 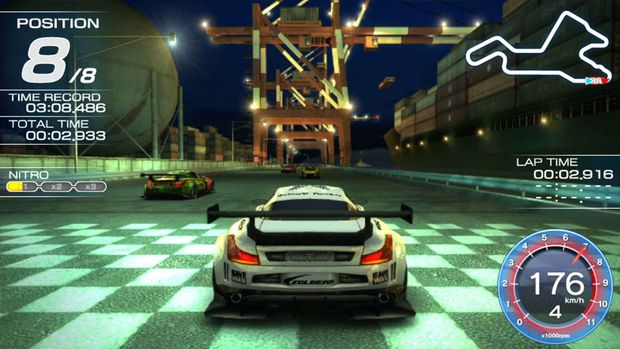 Multiplayer will allow up to eight players at launch, though our demo consisted of a standard race with four players. Online players can compete in standard races, of course, but one of the more interesting features is the ability to record, save, and upload ghosts which you can download (over either a Wi-Fi or a 3G connection) and compete against.

It’s certainly more intriguing an idea than just competing to shave seconds off a static leader board, and it could get more interesting when you compete with and against custom cars. Another staple of the franchise, car customization, is back and in full effect. While it’s not yet certain how deep the customization system goes — past Ridge Racers have boasted upwards of 300k unique variations — if this can be matched, expect to swap out tires, paint jobs, and engines to your heart’s content.

Sadly, there is a chance that the customization (among other things) may be at its shallowest in series history, because Namco Bandai has elected to ship the game with a lackluster amount of content. 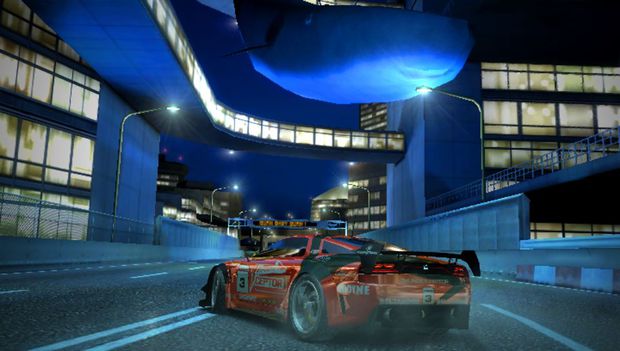 Like I said, Ridge Racer on Vita is a solid racer at its core. But no matter how much fun the drifting still is, despite whatever positive aspects the game may carry, they all fall under the shadow of one huge caveat: the game is shipping with a bewildering five cars and three tracks. That matters. It really, really matters when talking about racers.

Granted, the game will be retailing for less than other Vita titles ($29.99 versus the standard $49.99), the goal being to charge for DLC and let people craft their own experience, but there’s no reason for the game to be so dry out of the box. Namco Bandai is promising free DLC to people who buy the game at or around launch. No word on what this DLC is, though, so it could be cars, tracks, or music packs. In any case, it’s a little ridiculous to ship the game and then ask people to be patient as they release enough content to make it a complete experience.

Ridge Racer for Vita doesn’t set out to reinvent the formula. If you know Ridge Racer then you know what you’re getting, or not getting, rather. The decision to ship the game with so little content is personally more of a reason to let it fly under my radar. If you’re the type who is willing to stick with a game as content is trickled out over time, then keep an eye out for this one.