When I think of classic films of triumph, the Jean-Claude Van Damme classic film Bloodsport comes to mind. It’s this spirit that Supremacy MMA conjures up with a passion.

This is not a glitz-and-glamor, beer-sponsored bro-show; Supremacy MMA is the journey down a fighter’s dark road. Developed by Kung Fu Factory, Supremacy MMA is attempting to be a gamer’s MMA game. Packing just as much Grand Theft Auto grit as MMA sweat, this game adds colors to a world that’s often bland.

Kung Fu Factory dropped by with an early build of the game, and what I saw was quite a different package than what rival MMA titles have to offer.

Kung Fu Factory has chosen not to compete with the giants of Electronic Arts and THQ, but rather create a different game altogether. Having a very arcade feel, this newcomer looks to address issues I’ve personally had with other MMA games.

Rather than being a fighting simulator with a niche audience, Supremacy MMA is a game that combines what is fun about fighting games with the true brutality of no-holds-barred combat. The fighting looks intense, and the knockouts look brutal, something I felt EA Sports‘ MMA failed to do. This is a game I feel you can play with your friends who like Street Fighter as much as those who watch Strikeforce. 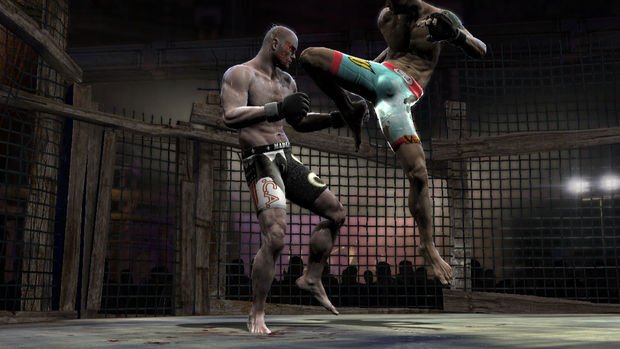 The fighting in Supremacy MMA is geared towards fun, with a move calling system designed to make you a better player, understanding how to pull off combos. A unique leveling system even exists in the game allowing for a degree of fighter customization, as well.

A lot of questions have come up concerning the lack of a UFC or Strikeforce license; I actually believe this will help the game. The developers have created fighters that have stories and personalities that are more akin to Tekken‘s Paul Phoenix than “random muscle guy who knows Muay Thai.” I was also surprised to hear from Kung Fu Factory’s creative director Ricci Rukavina about the inclusion of some major names in this game, including legendary fighter Jens Pulver.

From former champ to the long road back to glory, Pulver’s story is one of a classic hero; his tale is a major inspiration for the story-driven aspects of Supremacy MMA. It would seem that the story of Jens Pulver would also mimic those of the developers, a crew of seasoned pros who worked on games such as The Warriors, the original Dreamcast UFC game and UFC Undisputed 2009. Just like Pulver, Kung Fu Factory seem to have something to prove this round. 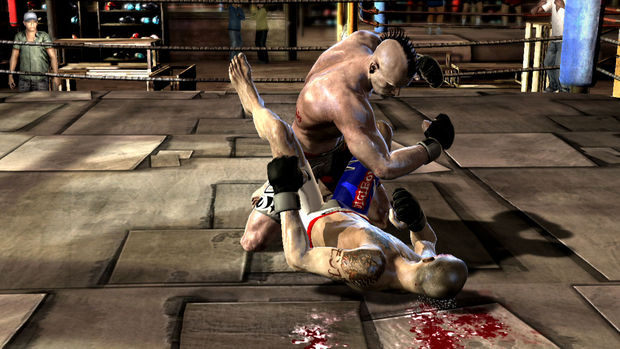 Though not yet completed, Kung Fu Factory has quite a few tricks up its sleeves for the title. They even hinted at some upcoming annoucnements regarding notable fighters that could appear in the game, leaving me intrigued.

Something that blew me away was the revelation of Victory Records involvement in the soundtrack — the producers chose the soundtrack wisely, bringing hardcore music to a hardcore game. Just take note at the music in the trailer, and you’ll understand.

I look forward to the finished product as not only a step for MMA games, but for independent developers as well. The underdog in the fight packs a bite, and this one may be fierce. Supremacy MMA could end up being a rather solid contender when it ships later this year.