Few games actually require no introduction, and this is certainly one of them. This long-winded, turn-based strategy series has persistently delved deep into the core of human history, and what it takes for a nation to start, grow and die. While Civilization is a game, first and foremost, you’d be hard-pressed to find a fan denying that Civ provides a deep look at the core mechanics of cultural development.

Like any well-made expansion, Gods & Kings aims to add to what the series is already praised for. Religion and espionage have always been a large part of the franchise, and Firaxis Games listened to the cries of their fans after excluding it from Civilization V. Now, they’re bringing it back, new and improved, along with fun little addition that sci-fi fans are sure to love: alternative history. 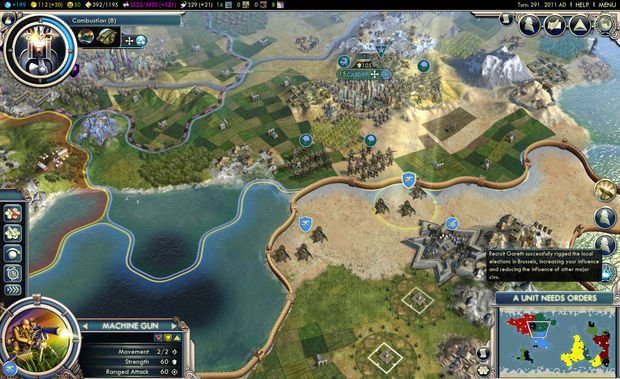 No matter your stance on the subject, religion has played a significant role in the history of mankind, and the formation and growth of the world’s cultures. In the Civ series, religion plays a pivotal role in not only the wellbeing of your populace, but also your relations with neighboring cultures.

In Gods & Kings, players eventually choose a religious set of beliefs that are unique to their civilization. While we’re quite familiar with some of the choices (Christianity, Hinduism, Judaism), players have the ability to rename their chosen faith to whatever they please … which is great, because people like me can then fantasize about Fatassism actually catching on.

Each religion provides its own tree of benefits, from the economical to the martial, and it’s up to the player to utilize his or her spiritual guideline in a peaceful, diplomatic way, or as a means of aggressive expansion. Utilizing religious units such as prophets and missionaries will not only help players slowly convert the population of an enemy town, but also provide justification whenever you decide to invade and “liberate” converted followers in that location.

An interesting dynamic to the religion system in Gods & Kings is how simply adopting another civilization’s beliefs can provide unique and beneficial perks. As a “follower,” players are granted their own tree of upgrades that the founder can’t access, granting them not only the potential for better relations with the other faction, but better, more-intuitive means of eventually conquering them. 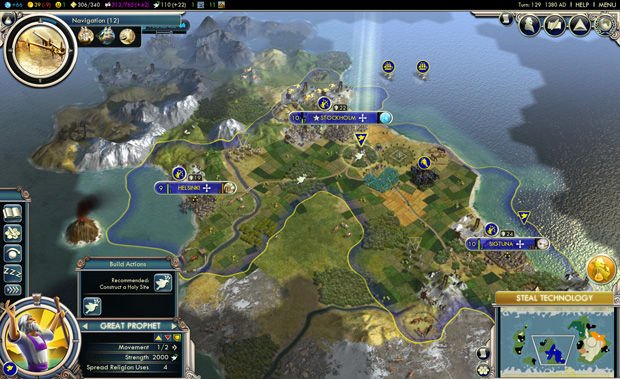 The system is quite thorough, and contextually fascinating, if you know anything about religious history. It can still be a bit strange to see a Buddhist Ireland, but how the religion is merely adopted and utilized is incredibly intriguing … and fun!

Espionage has also found its way back into the game. Once the renaissance hits, players can recruit spies to do some dirty work from the shadows. While spies are now a limited unit, their role is as beneficial (or detrimental) as ever. Not only can they provide information on what enemy civilizations are currently doing, but they can also tell players what enemies are planning.

Know of an impending attack from one civ on another? Sell the information to the latter for a boost in favor and a little extra dough. Or, do what I normally do and attack the one while its attacking the other; an invading country is a country undefended, after all.

Spies can also rig elections, bleed an enemy of resources via the art of sabotage, and even stage a coup d’état, resulting in a territory becoming automatically allied with you. Forcing a new government on a given region tends to have that wonderful effect, after all. Knowing what an enemy is doing and screwing with them beyond their perception has always been an integral part of strategy games, so it’s no surprise that spies in Gods & Kings are a valuable asset to prosperity. 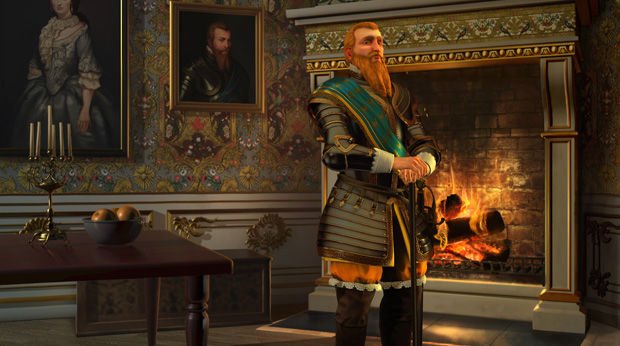 What’s a videogame without a little fabrication, though? Firaxis has decided to have a little fun with the series and add the “Empires of the Smokey Skies” scenario. No, it’s not about the American automotive industry, but rather an alternate take on the centuries proceeding the renaissance — as is the case with most steam punk.

This scenario gives players a new look to not only their cities and towns, but also their military units. Be prepared to utilize giant, iron-wheeled tanks that blow the nuts and bolts off of other steam-powered behemoths. My personal favorite is the sky fortress, a giant dirigible that acts as an aircraft carrier, sending a squad a biplanes to wreak havoc on those silly enough to challenge it. Imagine turning a bunch of Wright Brothers planes into weapons … freakin’ sweet.

A new technology tree is also open for players to customize. While the majority of it did seem like aesthetic redressing, such cleverly replacing computer advancement with “Difference Engine,” some nifty and interesting additions have been made. Like Tesla coils? Well, Gods & Kings lets you have plenty of them. For those who aim to win under technological conditions, the tree all culminates to the “Grand Idea.” Overall, fans of cyberpunk should be very happy with the tribute that Firaxis pay with this particular scenario. 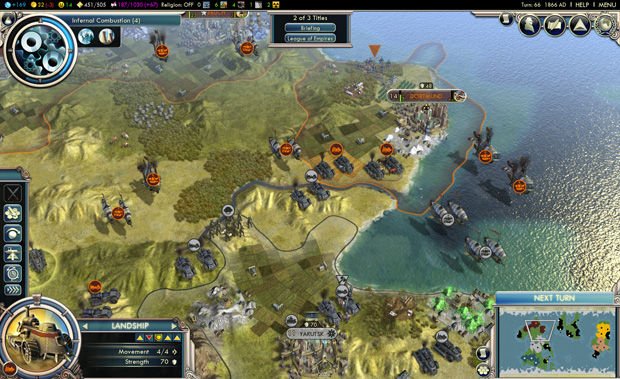 Civilization V: Gods & Kings has a lot going for it, when it comes to a stand-alone expansion. Sure, plenty of people are likely to complain that the religion aspect should have been in the original version, but what is here is indeed solid. Considering everything else that I didn’t get to see, such as the “Fall of Rome” scenario, owners of Civ 5 have a lot to look forward to.

In a world ripe with DLC and incremental upgrades, expansion sets like these are a dime a dozen. At least Firaxis provides enough new content to justify the purchase.