Battlefield 3: Armored Kill is all about the vehicles and that’s the way I like it. While I only went hands-on with a limited amount of the new content, I did find out what else we can expect. Really, all I wanted to know was just how the AC-130 Gunship will work.

Short version: It sounds like the AC-130 will be glorious. 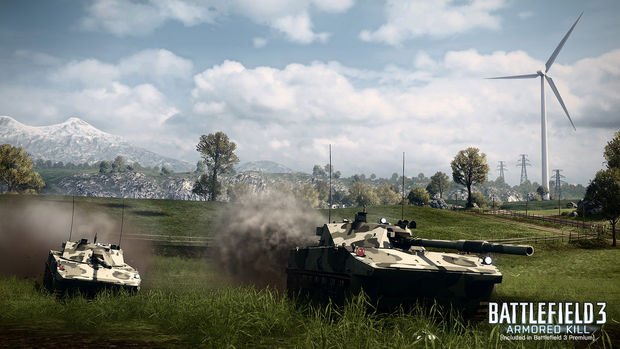 I went hands-on with the two new tank additions and they pack similar firepower as the standard set of tanks. The key difference is that they’re far lighter, making them more nimble to drive on the battlefield, but also easier to destroy as they’re not as well armored.

The new mode, Tank Superiority, was pretty fun to play too. We played on the map Armored Shield, and it saw both teams basically rushing to the central key objective point to take control all while trying to deplete the other team’s player tickets. Matches went by pretty quick thanks to the fact that everyone was always in a vehicle, or launching rockets from the cover of bushes. 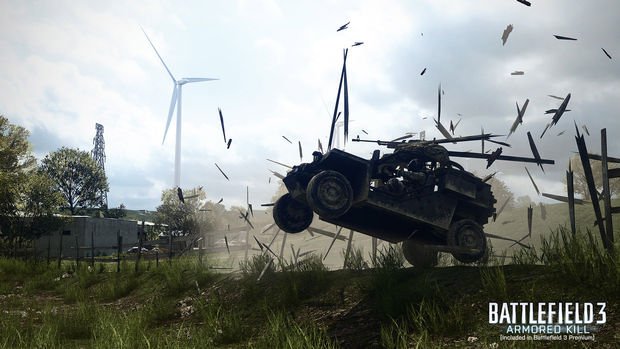 After a couple of matches, I spoke with Niklas Fegreaus, Lead Designer at DICE, to talk about the other content we can expect out of the pack. Specifically, I wanted to know all about the Gunship.

Players won’t actually be able to pilot the plane, as it’s on a set course around the map. In fact, to even take control of the plane you have to take over a base on the ground first to use it. Once done, the AC-130 Gunship can be used as a mobile spawn point where players will be able to jump out, parachuting onto the battlefield.

As for the weapons, there are two main gun positions, one for the 120mm cannon, and the other for the auto-cannon machine gun. Plus there’s a top mounted AA turret so players can fire against any incoming flying vehicles. You can also shoot out flares to throw off missiles. 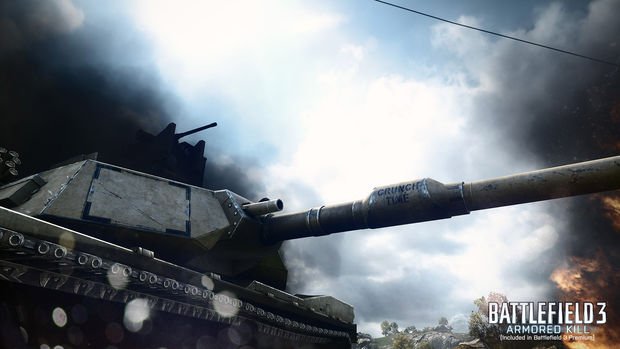 The mode I played was fun, but I didn’t get that grand scale battle I wanted to see, largely because the demos were taking place on the PlayStation 3. I want to see this on the PC, on the biggest map ever (Bandar Desert), with 64 players all going head-to-head in vehicles. Hopefully this is what I get to see from DICE at gamescom in a couple of weeks.