The road Sleeping Dogs has taken since first inception has been a rather rocky one. After starting development as its own beast, Activision took up the game in the interest of creating a third iteration in the (admittedly mediocre) True Crime series, called True Crime: Hong Kong. Sadly, it was cancelled in 2011, and that may have been the end of a very promising title. Fortunately, Square Enix picked up the reigns and it’s been brought back as Sleeping Dogs.

I was incredibly impressed with the amount of care and attention to detail that has been put in during an extensive hands-on session with the game last week, where I was able to check out some of the earlier missions and side missions. What was once a title that flew completely under my radar has become the next, and possibly most unique action-packed sandbox style beat-em-up game I’ve seen in a long time. 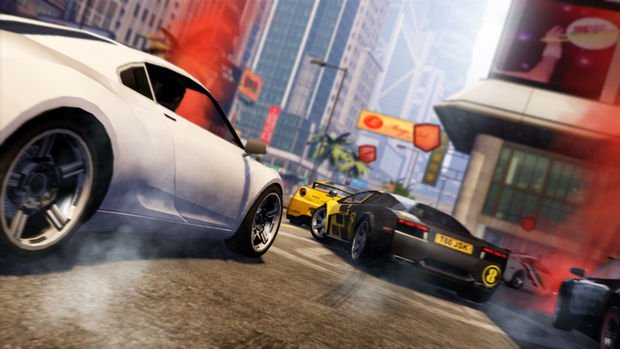 The demo I played kicked off with a quick tutorial in which I practiced a new move I was given in a martial arts school (collecting jade statues throughout the world gives you access to more moves.) I learned pretty quickly how fluidly combat works in Sleeping Dogs, as most moves are handled with a certain number of presses/holds of a single button, and grappling and countering both relying on their own button assignments.

The simplicity of the combat mechanics helps a lot when facing off against the different enemy types that your protagonist Wei Shen must deal with as he infiltrates the Triad underworld. In one of the early missions I got to check out, Wei’s childhood friend Jackie (and low-level Triad) knows of an inside deal where the two of them can boost some stolen goods from a rival gang to impress the higher members of the Triads. 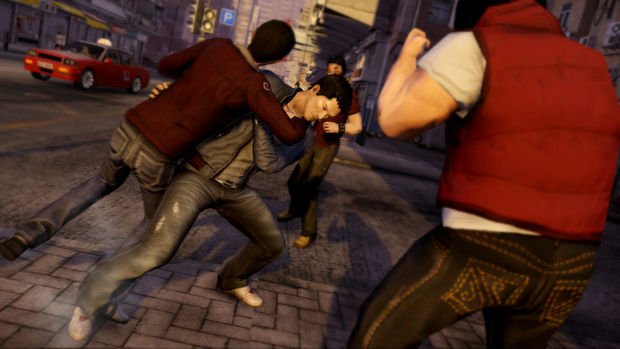 As I faced off against various thugs, Wei Shen fought with some awesome martial arts moves. At times, you can use environmental objects to shove enemies into, such as trash bins, supply boxes, etc. When special types of enemies can’t be grappled, using the counter with the correct timing yields successful beat-downs.

The enemies provided a healthy challenge, though, before the mission ever started I had already visited a few shops to buy food and items that helped give me special perks, such as increased defense and more attack power. I really appreciated this new take on the old “eat things to get health” idea. The perks last for a specific amount of time, as represented by little icons on the top left of the HUD with radial bars that slowly deplete over a period of time.

At the end of the mission, Wei is disappointed to learn that Jackie has been concentrating their efforts on stealing some fake designer watches. At least the player is rewarded with some points towards either Triad or Police bonuses for their troubles. These are perks that give you more abilities and weapons in your arsenal as you progress through Sleeping Dogs. 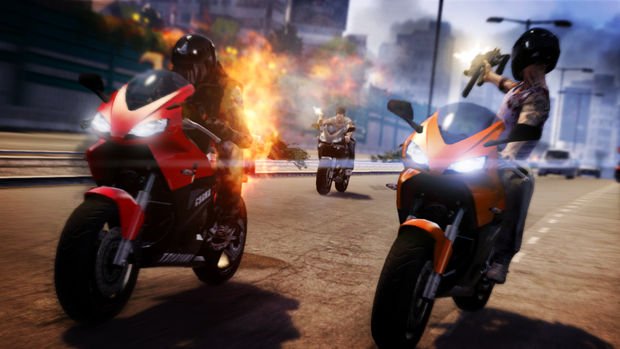 Back on the road again, I had to keep reminding myself that everyone drives on the left side of the road in Hong Kong, which made getting from point to point just a little more challenging. The vehicles all handle more loosely than the weighty vehicles in games like Grand Theft Auto. Getting on a fast motorcycle provides some thrills driving through the tightly packed city streets, as the camera shakes realistically and blur effects are used to give a real sense of speed. While riding a motorcycle, you can pop a wheelie and start a mini-game of holding your wheelie as long as possible for points, which are then uploaded to a leaderboard for competing with friends or the global network.

Instead of going to another campaign mission, I chose to try one of the 150 side missions the game has to offer. In this case, I was tasked with doing some sight-seeing for a tour guide to capture some scenic shots of the city. The first point I had to stop at was within an ancient Chinese temple, where I quickly went in and shot a photo of a few monks praying.

After shooting a good photo of the monks, I was sent off to another point overlooking the coast to take a photo of a beautiful sunset. As I made my way to the coastal overlook, the sun began setting as I aligned myself to take the photo. Looking through the viewfinder, I noticed some wasted dude waving cutesy signs at the camera and generally making an ass of himself. The game then tasked me to “take care of” the drunk dude and so I gave him a swift beat-down before resuming with my task. 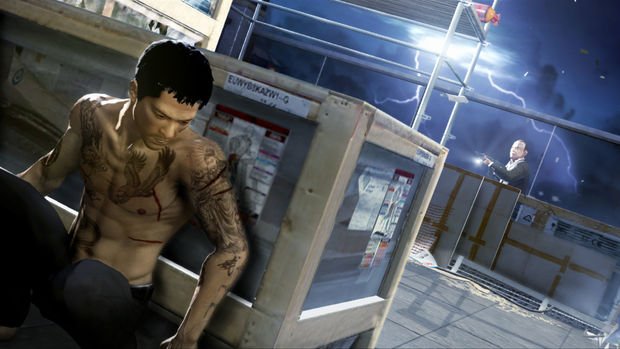 Before I had a chance to finish the mission, I ran into some thugs on the boardwalk who were guarding a lockbox. The thugs were tougher than the ones I had previously faced, and it was a good struggle before I managed to defeat them all. After finally using various kicks and punches to take down the entire group, I nearly forgot about the lockbox until I was reminded by the developer to go take a look at it. The lockboxes reward the player with all sorts of goodies, from character bios, money and weapons.

Another ongoing side mission I checked out involved hacking into a CCTV system with a cool mini-game that involved guessing a set of four numbers by process of elimination. Once the system was hacked, I could go back to my home base and check different cameras around the city to initiate drug busts to help raise my status as a police officer. The drug busts are generally pretty easy little mini-games. After a minute watching gang members hanging around through the security system, the HUD uses an arrow to point out who is making the deal and thus must be arrested.

From the very beginning of my demo, one thing I noticed about Sleeping Dogs is that the developers took great care to make the world feel really alive. As you walk around, people are going around their daily tasks in a very convincing way — so much so that I thought for a moment I was still watching a cutscene when I first had control of my character.

The biggest take-away that I got from Sleeping Dogs though was that the developers really care. From the glimpse of the intriguing storyline I got to the incredibly fun combat and living world of the game’s version of Hong Kong, Sleeping Dogs is shaping up to be a game that will take a great deal of players by surprise.