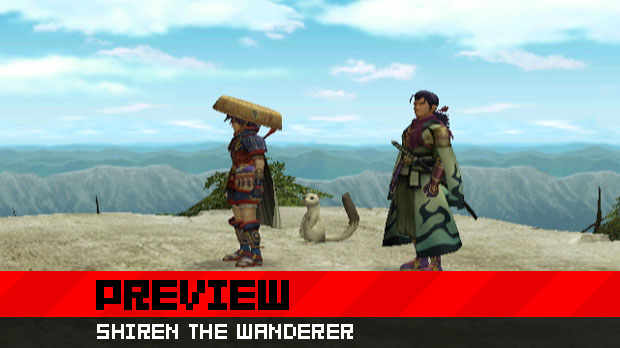 Shiren the Wanderer is…wandering over to the Wii here in the US, thanks to Atlus. The wander was more of a guided movement, which is good, because the popular Japanese dungeon crawling RPG series has seen little light in this country. A DS version of this Wii game did come out some time ago (released by Sega), but this Wii version has seen many changes, some of which Atlus shared with the games press recently.

Hit the jump to check out my notes from the showing of the almost done Wii version of Shiren the Wander, which is set to release on February 9, 2010.

Shiren the Wanderer (Wii )
Publisher: Atlus
To be released: February 9, 2010

Dungeon crawlers are my thing, and they’re probably yours if you’re still reading. I call ’em ball-busters, as they tend to be unforgiving. And that’s what I like about them. Just as in many other dungeon crawlers, you’ll find that you’re spending most of your time in randomly generated dungeons, working your way toward the exit, looking for loot and avoiding death. Shiren has a second party member that you can control through extensive AI settings to help you out. For every move or step you take, the enemies in the dungeon can also take one. Strategy comes into play here, as you’ll want to position yourself and your party in an optimal place. Do it wrong and you’ll be dog piled, watching your mistake play out step by step. The other thing to know if you’re new to the genre is that you’ll die often. That’s a part of the game.

I was surprised when Atlus told us that this Wii release is supposed to be a more accessible dungeon crawler. For one, that didn’t compute internally. I also felt worry that this might be too dumbed down for me, a seasoned dungeon crawler fan. It turns out that there’s nothing to worry about here. 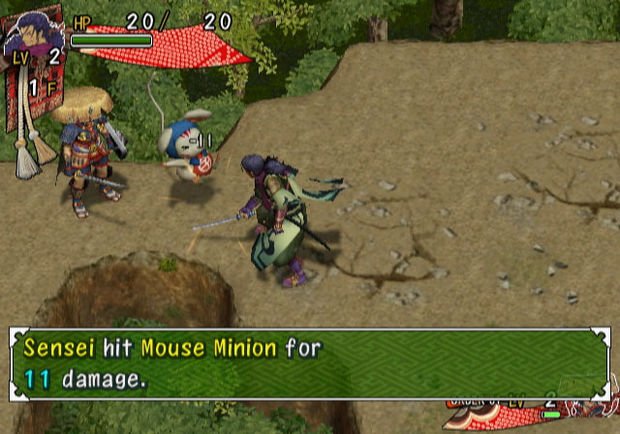 The accessibility part does have something to do with the game play and adjustable difficulty settings, but it’s also due to a strong storyline, which many of the games of this sub-genre lack. Rather than running only from dungeon to dungeon, you’re getting a real story here, which we’re told is heavy on Japanese mythology. The story is supposed to span a millenium and involve time travel. While some of the other crawlers have you waddling through static towns, talking to static NPCs, Shiren the Wander has towns that you’re free to roam in. You can chat with real characters with fleshed out dialogue and art, oftentimes in a side view that shows characters faces and movements. What I saw as far as character interaction looked closer to a traditional Japanese role-playing game than anything else. It looked more involved than any roguelike I’ve played recently.

The difficulty settings are a bigger help to new players and also help in the accessibility department. In the DS version, when you died, that was it. You lost everything. You started over or you stopped playing. Unforgiving. In this new version on normal settings you’ll only lose your inventory and have to start the dungeon over. On Easy, you keep your levels and your inventory, and you’ll only have to restart the dungeon you died in. I suspect there will be a lot less Wiimote throwing in this mode. 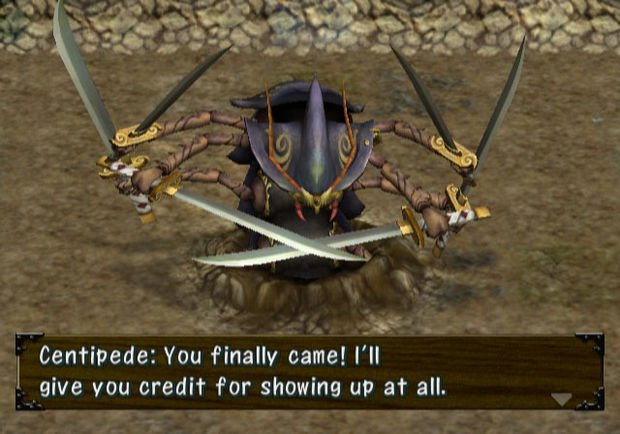 Items always play a big role in these types of games. In Shiren the Wanderer, there are about 100 items that can be modified, cursed, blessed, have status effects and more. You can upgrade weapons, add things like heal or stun effects to better serve you. Picking up cursed item could be positive or negative, and could possibly be something you cannot unequip. I was told that you’ll even find unidentified items in your random loot, and even they are equip-able.

I didn’t see a lot of Shiren, but what I did see looked good. It’s all in 3D and top-down viewed and relatively eye-pleasing, and certainly less brown and drab than you’d expect from a dungeon crawler. I did witness a boss battle with a crazy huge centipede that wielded multiple swords. He looked pretty good as he popped up all over the map, rising up out of the ground for surprise attacks. Atlus had a hard time taking it down during their demonstration, but they pulled it out in the end.