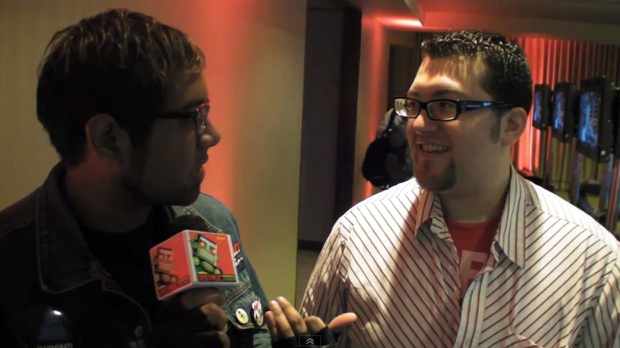 The big thing right now is the Nintendo 3DS. Although it may be fun, it still doesn’t bring you the theatrical 3D experience of such film greats as Piranha 3D and Freddy’s Dead.

However 3D hope is there for you, my gaming friends. I have played a few 3D titles on PlayStation 3 and the Xbox 360 and I have finally found the one that gave me a dorkgasm. Captain America is here to save the day. The game looks amazing in 3D; I could actually see Chris Evans’ birthmark (which prompted a Sega rep to exclaim that I am not actually supposed to be that close).

Captain America just shines in 3D. Being a movie license-based game you kinda expect crap, but it looks great and plays so well. I really felt I was playing a John Woo film with Captain America in it. The cut scenes and gameplay transition is practically seamlessly, and makes for some really action packed moments.

After playing the demo twice and having about 45 minutes hands-on, my eyes were surprisingly not the least bit strained. Most 3D games I have played have not actually made me feel anything special, but this one made me warm and fuzzy. Captain America in 3D, even in short demo form, felt like a true theatrical experience and left my jaw dropped. Really, the only bad thing is I’m now feeling spoiled by playing this game; now I have to go sell my extra Google stock to go afford a new 3D TV.